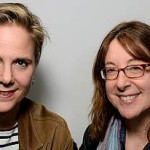 Letters from Baghdad is the story of Gertrude Bell, an extraordinary women, sometimes called the “female” Lawrence of Arabia. She was a British spy, explorer and political powerhouse. Bell traveled widely in Arabia before being recruited by British military intelligence during WWI to help draw the borders of Iraq. As a result, she helped shape the modern Middle East. Read what Letters from Baghdad directors Sabine Krayenbühl and Zeva Oelbaum have to say about Gertrude Bell, their compelling documentary and how it came to be, and the female perspective on filmmaking on THE FEMALE GAZE.