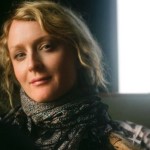 Outside Oz, Australian filmmaker Claire McCarthy is known primarily for her 2009 film The Waiting City, starring Radha Mitchell and Joel Edgerton as a couple in disarray as they travel to India to take delivery of a child they have adopted. But McCarthy’s broader filmography even more forcefully underscores why she is the perfect director for the upcoming Ophelia project, Hamlet retold from the perspective of Shakespeare’s iconically tragic ingenue as played by Daisy Ridley. As Michelle Hannett reported from Cannes in May, the film is one of the most highly anticipated for 2018 release.

From her first short film Skin, released in 2006, McCarthy has demonstrated a keen fascination with the relationship between identity and place. Brought to life in her 2008 documentary Sisters, where she accompanies her privileged younger sibling Helena to India to do volunteer work, McCarthy expanded her interest in this country in the narrative feature The Waiting City. The first Australian film to be shot entirely in India, McCarthy’s feature follows Rahda Mitchell and Joel Edgerton’s characters as they evolve and grow, responding to their environment.

The Aesthetics of Trauma

Growing up in Sydney, McCarthy studied at the lauded Australian Film, Television and Radio School (AFTRS), and in 2001 she graduated alongside another of the country’s most impressive filmmakers, Cate Shortland (director of 2004’s Somersault and 2016’s Berlin Syndrome). It was here, too, that McCarthy met her future husband, cinematographer Denson Baker, and the couple of collaborated on a number of projects together including The Waiting City. 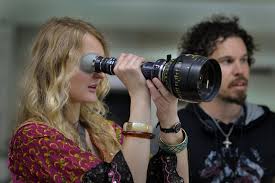 Even in McCarthy’s earlier low-budget films like Sisters and Cross Life (2007) it was clear that she was an artist with an intuitive understanding of how light and colour communicate mood and tone. In both The Waiting City and her eponymous entry in the acclaimed 2013 portmanteau film The Turning, McCarthy tells as much about the traumatized state of her characters through her aesthetic choices as she does dialogue. In McCarthy’s world, light and shadow – literally and metaphorically – define the emotional terrain upon which the drama of her films play out.

As so iconically painted by artists like John Everett Millais and Alexandre Cabanel, the figure of Ophelia is historically linked to the site of her drowning death where, as Shakespeare wrote it, “willow grows aslant the brook”. Bodies of water are similarly near-sacred places for female transformation for McCarthy in both The Waiting City and The Turning. In the former, Mitchell walks trance-like into the Ganges and collapses, triggering a change in her focus from her career to her crumbling family. In The Turning, Rose Byrne’s abused working class Rae bonds with Miranda Otto’s affluent Sherry at the beach, a relationship that will lead to Rae’s spiritual awakening and “turn” towards Jesus.

An anthology of eighteen stand-alone films, The Turning is based on short stories by Tim Winton – one of Australia’s most celebrated authors – and brought McCarthy, Byrne and Otto together with some of the nation’s strongest industry talent, including Cate Blanchett, Mia Wasikowska, David Wenham, Justin Kurzel, Warwick Thornton and Stephen Page. If there was a single symbolic moment that crystalized both the industry esteem and high calibre of McCarthy’s work as one of the country’s most impressive young filmmakers, her inclusion on The Turning was it. Like Winton’s original short story, McCarthy’s film cares little about the intellectual logic of religion, but rather seeks to bring to life the subjective experience of finding salvation through spiritual awakening. 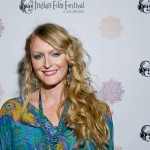 Across her filmography, McCarthy returns with unwavering commitment to the intersection of female experience, spirituality and trauma. She reveals this on screen with her signature use of light and colour – marked by a distinct flair for the ethereal and transcendent – that render her one of the strongest filmmakers today capable of bringing the figure of Ophelia to life on screen. As one of Australia’s most gifted yet relatively unknown filmmakers, Claire McCarthy’s direction of Ophelia promises to make the film one of the most exciting releases of 2018.