Kathryn Bigelow continues to advance the cause of women working in the film industry. Although she’s said that she prefers to be considered a ‘director’ rather than a ‘female director,’ she has consistently broken through the gender-based barriers that persist in the movie industry. Bigelow’s name is associated with a long list of ‘the first and/or only woman to win…’ stellar accomplishments, including capturing Academy Award gold for Best Director and Best Picture, BAFTA Award for Best Director and Best Picture, DGA Award for Outstanding Direction, PGA Award for Best Theatrical Production and numerous critics group awards (including four AWFJ EDA Awards) for best direction and best film, all for The Hurt Locker in 2008, followed by a similar array of accolades in 2012 for Zero Dark Thirty. Her latest film, Detroit, releases this month, and is already garnering awards buzz. It’s time for AWFJ to celebrate the multitalented and highly accomplished Kathryn Bigelow in our August SPOTLIGHT. Continue reading…

Kathryn Bigelow was born November 27, 1951 in San Carlos, California. By the time she’d graduated from Sunny Hills High School in Fullerton, Bigelow had already embarked on her career as an artist. After studying painting at the San Francisco Art Institute and receiving her BFA degree in 1972, she moved to New York to participate in Whitney Museum of American Art’s prestigious Independent Study Program. While at the Whitney, Bigelow became increasingly interested in film. 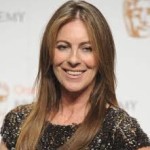 “My movement from painting to film was a very conscious one. Whereas painting is a more rarefied art form, with a limited audience, I recognized film as this extraordinary social tool that could reach tremendous numbers of people,” Bigeow told Interview magazine.

Bigelow studied film theory and criticism at Columbia University’s graduate film program. When she sent an unfinished short feature to Columbia University’s film school, director Milos Forman, then also serving as a professor there, found it impressive enough to offer Bigelow a scholarship. She graduated from Columbia Film School in 1979.

In her early films, Bigelow explored genres and expanded her skills. Her first full-length feature, The Loveless (1982), is a biker film. Next, she directed Near Dark (1987), a horror film. In the same year, she directed a spoofy music video for the New Order’s Touched by the Hand of God.

Next came Blue Steel, Point Break, and Strange Days. With this trio of crime/action films, Bigelow gained industry recognition as an independent visionary who could engage mainstream audiences with her unique approach to action cinema as a point of departure for consideration of social and political issues.

Despite this series of successes, Bigelow’s The Weight of Water (2000) and K-19: The Widowmaker (2002) both did poorly at the box office and received tepid reviews.

But the ever persistent Bigelow’s career bounced back with The Hurt Locker (2008), which opened the door to her unprecedented accumulation of accolades and awards. Industry and audience recognition for The Hurt Locker established Bigelow as an icon of feminist filmmaking, although she resists that role.

“I’ve spent a fair amount of time thinking about what my aptitude is, and I really think it’s to explore and push the medium. It’s not about breaking gender roles or genre traditions.” Bigelow told Newsweek in 2009. 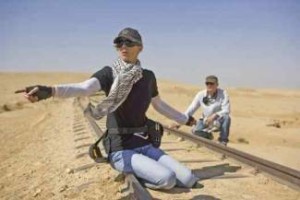 Bigelow’s artistry and claim to fame are based on her huge talent, impeccable skills, unflagging persistence and superb judgement about story and storytelling, cinematography, attention to detail and dedication to capturing those hard-to-watch moments that deliver the essence of reality in her films. 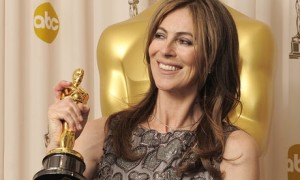 Bigelow’s most recent film, Detroit, is about the riots that took place in Motor City in 1967. Bigelow and screenwriter Mark Boal, who co-scripted both The Hurt Locker and Zero Dark Thirty, have again dramatized a true life incident and produced a film with extraordinary social and political relevance. 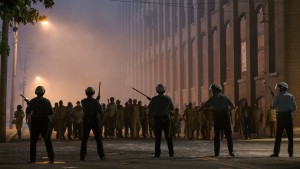 The police raid in Detroit was one of the largest race riots in United States history. The film focuses on the Algiers Motel incident, which occurred during the racially charged 12th Street Riot. It involves the death of three black men and the brutal beatings of another seven black men and two white women.

Bigelow told CBS, “I wanted to make this story because it is so relatable to today. The first time I became aware of it was when I was introduced to it. It was around the time of Ferguson Missouri. And it was 50 years ago today and yet it’s happening today and tomorrow too often. So, I’m hoping it can invite a dialogue to encourage a bridge between an incredible racial divide in this country.”

Bigelow’s direction of her ensemble cast is brilliant, and the ensemble has publicly praised their director for her thorough knowledge of the incident, social and political insight and trust in them to find the reality of the story’s pivotal moments and work their way through the incident’s social chaos. 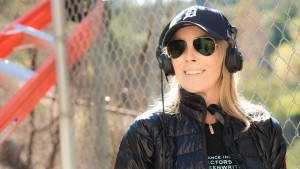 Comments from Bigelow’s cast attest to the effectiveness of her methods in bringing awareness to all.
“Kathryn put us in a place that impacted us because this story was a reality. Our parents and grandparents went through this and now we are going through it again” said Jacob Latimore who plays Fred in Detroit.

Algee Smith said, “When I auditioned I didn’t know much. We had no scripts. I didn’t know until the day of shooting that I was playing Larry.

Justin David-Jones, cast as Morris, said, “This film made me see the parallels of what happened in 1967 is still so prevalent today, so it’s hard to watch and we can only hope for equality in this country. What was so powerful was every day before shooting the entire cast got together. Algee started that off with the first little glimpse of the script we got and said, “I want us all to come together and pray for this project and that it will be well received. The movie has a powerful theme and that’s the redemption that’s found by Larry that we have hope and strength from God.” 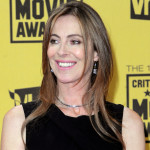 Kathryn Bigelow and her exemplary work keep pushing the envelope on the craft of moviemaking and the social relevance of cinema. While eschewing status as a feminist icon, she persists in her own vision, a woman’s perspective, in an industry still dominated by men. Her passion for making movies that matter matches or exceeds that of her peers, regardless of gender. And, for these reasons, we celebrate the great Kathryn Bigelow.