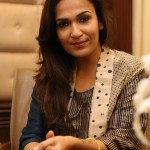 A career in films was inevitable for Soundarya Rajnikanth, the youngest daughter of Tamil superstar Rajnijanth. Soundarya stepped out of her father’s shadow in 2014 to direct her first film, Kochadaiiyaan, an animated period film shot with motion-capture technology, a first in the history of Indian cinema. Director Soundarya returns with her second feature, the live action Vella Illa Pattadhari 2 (Unemployed Graduate, in Tamil), a sequel to the eponymous Tamil blockbuster released in 2015. Read Indian film journalist Mythily Ramachandran’s exclusive interview on The Female Gaze.