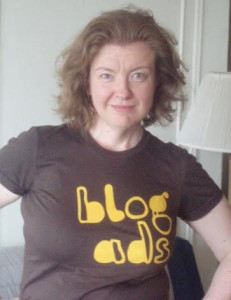 Pioneering film critic MaryAnn Johanson celebrates the twentieth anniversary of her popular FilckFilosopher.com website this month; an impressive enough feat in itself. That MaryAnn has established herself as a distinct, influential and prolific feminist critic in a fiercely competitive and male-dominated industry, however, is testament not just to her boundless knowledge of and passion for film, but also of her extraordinary tenacity and determination.

I make no apologies for the fact that this is a very personal piece to write. I am proud to count MaryAnn as a colleague and, as a long-standing film critic myself, I am certainly qualified to recognize and write about her considerable professional achievements. I am also unendingly thankful to consider MaryAnn a close friend. First meeting her six years ago has had a tremendous impact on my life, not least because she has continued my film education and appreciation in a way that has profoundly shaped my work, and deepened my love of movies.

As MaryAnn celebrates two decades of unparalleled film criticism, we are delighted to turn AWFJ’s September Spotlight onto one of the most deserving of our own.

MaryAnn’s passion for film began at an early age thanks to frequent childhood trips to the theatre with her mother in New York. She sites as a particular cherished memory seeing a re-release of Disney’s Fantasia in Radio City Music Hall, with an audience of thousands. The dawn of home video kept the spark alive and expanded her viewing repertoire. “Having a VCR at home and being able to watch whatever we wanted over and over again was amazing,” she says. 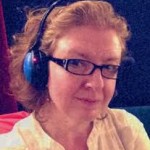 This love of cinema inspired MaryAnn to enroll in film school, with a view to stepping behind the camera, but she soon realized it wasn’t for her. As she recalls, “One of the reasons I realized that I didn’t want to be a filmmaker is I thought, ‘If I’m making movies, when will I have time to write?” Having published her own science fiction fanzines as a teenager, MaryAnn decided to pursue a career in publishing, until the dawn of the digital age opened up an entirely new opportunity.

“The internet came along and I saw that people were reviewing movies online,” MaryAnn recalls. “Previously I hadn’t thought about writing about film, although I had grown up loving things like Siskel and Ebert. So I thought I would combine my love of writing with my love of movies.”

MaryAnn started FlickFilosopher — a name she came up with after discovering that, even in those early days, she couldn’t find an available domain name with ‘film’ or ‘movie’ in it — using the free space offered by internet provider AOL. Her target was to review a couple of films each week, one new theatrical release and one home video, and she kicked things off with Event Horizon, a film she disliked, but would like to revisit.

MaryAnn was immediately hooked. “I started in the September of 1997 but, by early spring of 1998 I was already running out of space at AOL.” Teaching herself HTML, she coded her new website by hand. FlickFilosopher.com has been constantly evolving ever since and to this day, MaryAnn is solely responsible not just for the site’s content, but also the entirety of its back-end administration. And, she is extremely generous about sharing her web savvy with colleagues at their sites, including setting up the site for AWFJ.org. 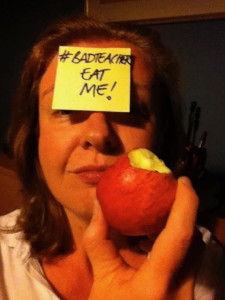 Right from her very first review, MaryAnn has had confidence in her own voice; something that is the unshakable foundation of her professional ethos.

“I did recognize right away that the only thing I had to offer was my unique voice,” she says. “Already, at that point, there was a lot of stuff out there that wasn’t very interesting. I wasn’t even thinking from a feminist perspective at that point. It was just about being honest.”

This approach immediately chimed with readers, who began emailing MaryAnn with positive feedback, and also gained the early attention of industry bible Variety. “Around October 1997, just a month into it, Variety interviewed me for an article about non-professional critics reviewing movies on the web,” she says. “They called me one of the best online film critics at that point. So it began to snowball, and every little bit of success made me want to keep going.”

Joining the newly minted Online Film Critics Society helped with access to screenings, and MaryAnn began to be able to review an increasing number of films; something which helped her feminist voice to evolve.

“I have always been a feminist and outraged by gender injustice,” she says. “But I don’t remember watching movies that early on and noticing things like how predominant stories about men where. I think it probably took seeing hundreds of movies a year over a long period of time to start thinking, ‘Wait a second, this is not right’. And once you start noticing all these problems, you can’t unsee them.” 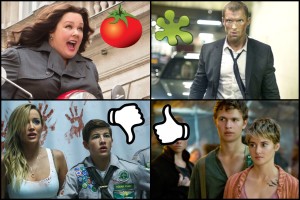 MaryAnn’s feminist sensibilities have extended beyond film reviewing into other cinema arenas, including her activism with AWFJ and her year-long “Where Are The Women?” study, a research project she undertook in 2015, after a successful crowdfunding campaign. In the project, MaryAnn graded all of the year’s 153 films with wide theatrical releases to indicate how they treated their female characters. The eye-opening results are published on FlickFilopspher.com.

There is plenty that differentiates MaryAnn from other critics, not least her refreshingly honest voice, an asset which she brought with her when she made the move from New York to London in 2011. The way in which she approaches the art of criticism, however, stands her leagues apart. While never afraid to point out what’s good and what’s bad in a movie, she sees her opinion as the start of a conversation, rather than as absolute fact.

“From the beginning, I knew this was not about speaking from a pulpit. It was a two way conversation,” MaryAnn says about her desire to interact with her readers. “When I started FlickFilosopher.com, blogging as a format was not a thing and sites did not have comments on them. But I would have conversations with readers over email and, with their permission, I would publish those conversations on my site.”

Since those days, FlickFilosopher has developed an active comments section which MaryAnn sees as the site’s most important function — despite the rise of internet trolls, to whom she is certainly not immune. 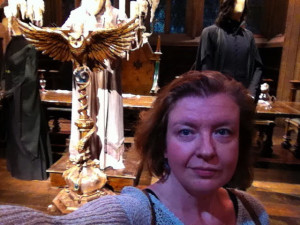 “Sometimes on a bad day I just think I won’t get involved with them anymore,” she admits. “But I have had people tell me that part of the value of my site is that I do engage. And I am really proud that I have managed to maintain a high level of conversation. It’s a real community. There are a lot of really smart people who comment on my reviews, and we have had some amazing discussions about religion, politics, science.”

That love of discussion and debate also fuels MaryAnn’s desire to write about all kinds of movies, from the biggest Hollywood blockbusters to the smallest independent releases. “I’ve always been fascinated by storytelling, and what stories mean to us,” she says. “So part of my thesis as a critic from the beginning has been to look at big popular films and ask ‘Why does this speak to us? Why is this popular?’ For me, it is important to see the big films, even if they are stupid Adam Sandler movies. Because they do speak to some people, and that says something about all of us. That’s important to me.”

Over the past two decades, MaryAnn has witnessed a sea change in film criticism, with the rise of the internet and social media ushering in hundreds of new writers and sites. She has not only managed to endure, however, but thrive. She has done so, she says, by staying true to herself, and not allowing herself to be compromised by trends of the day.

“I never felt compelled to write to any specific format or ‘rules’ about what a piece of film criticism should be, not even in the beginning. I’ve tried to let myself trust my instincts, to let my reactions to a movie guide me in the direction of what to say and how to say it. I’ve taken some chances and written some rather adventurous stuff, reviews in character or in an unusual format. The first one I did was for Tomb Raider in 2001 which was written as a text adventure game. That was a big hit with readers. A recent one is for Fast & Furious 6, which I wrote from the POV of Nick Carraway from The Great Gatsby. I do worry about how these types of reviews will be received by readers, but they always seem to go over well. But the inspiration has to be there; I haven’t found a way to force it yet!” 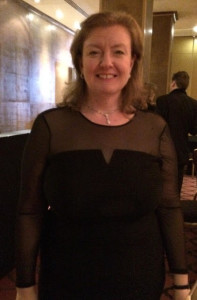 And while none of us working as professional film critics can claim that our work has the popular power it did in the days of, say, Pauline Kael, MaryAnn asserts that there is still a need for a variety of opinions — particularly in an age where on-screen diversity remains under threat.

“I think it has got a little bit worse in recent years,” says MaryAnn about the scope of mainstream cinema. “As people are gravitating more towards TV, Hollywood thinks it really has to cling to what they think is their core audience, which is young men, teenage boys. That’s really unfortunate. We keep seeing that movies which appeal to broader audiences beyond the young males set do really well. It’s a vicious circle. Hollywood thinks its audience is young men, so they are not making movies for other audiences.”

“Film criticism should have myriad voices,” she continues. “But it just has a lot of similar voices. There are a lot of film critics and fans who don’t want to discuss or debate a movie, they just want to have their opinion confirmed. That’s not me, and that’s not my readers. There is no point in doing this if you you are not going to be yourself.” 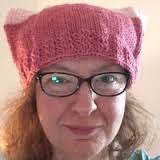 MaryAnn Johanson is a bona fide trailblazer, not just in the way she writes about film but also the way in which she approaches the art of criticism. Her intelligent, witty and entertaining opinions are presented as an entry point into a world of fascinating discussion about film, with a legion of readers she respects and admires as much as they do her. Her feminist outlook is both a tonic and an inspiration, and her generosity of spirit and enduring strength of character, particularly in the face of those who would attempt to shout her down, is nothing short of remarkable.

Like her work, MaryAnn is a breath of fresh air in an industry which too often is content to stagnate, a genuinely unique and influential voice which, for the last 20 years, has always — always — risen above the fray.