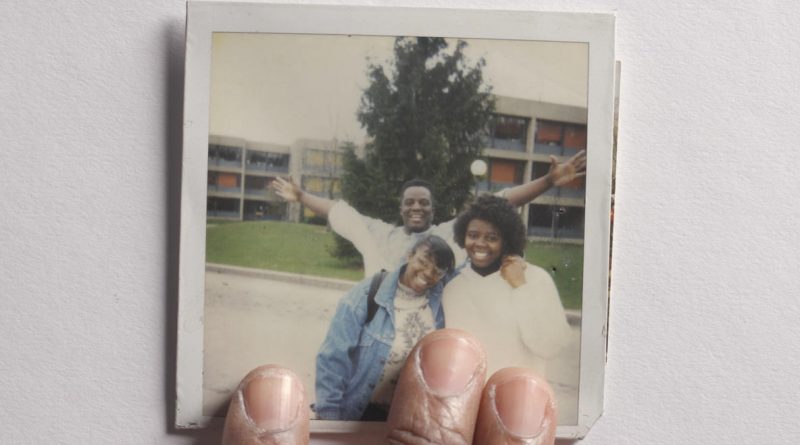 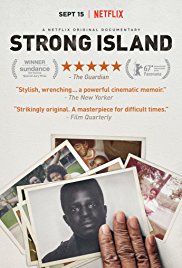 STRONG ISLAND is a documentary that seems at first to focus on a murder never prosecuted more than two decades later. But as we gradually discover, the documentary is really about the impact of that injustice on family left behind. No reason for the failure to charge the killer with murder is given to the victim’s middle-class, suburban Black parents but the fact that the 19-year-old shooter was White raises questions. Continue reading…

Among those family members is the person were first see on camera, director Yance Ford. Now a transgender man, Yance was the sister of the murdered man, William Ford Jr.

The story told in STRONG ISLAND is heartbreaking, a mix of American Dream hope and lingering racism. Much of the story is narrated by the director, the victim’s younger sister and mother. Although the murder is the center of the documentary, it is more a portrait of the family.

The film spends much time describing parents meeting and early years as young marrieds, their careers, their growing family. A pivotal moment is when the father decides to move his family from an apartment in an integrated Brooklyn neighborhood, to a suburban house in Long Island. Although the house is larger, the neighborhood is mostly Black, an island surrounded by White areas, and the poor public schools lead the parents to pay to send their children to Catholic schools. Still, the family looks like the picture of upward mobility, working hard and sending their three kids to college.

The documentary discusses the events around the murder but it is less a re-investigation of the crime than exploration of the family’s memories and feelings, and how the family was torn apart. Yance revisits the incidents that led up to the shooting, the events of that night, the handling of the crime by police and the grand jury’s decision not to bring charges. The various family members struggle with the aftermath of that decision, feelings of guilt that they could have done something differently, the grief and loss, and bewilderment at the lack of a trial.

Photography by Alan Jacobsen is striking. Evocative, often beautiful, images of leafy suburbia or family photos of happy people at graduations contrast starkly with the dreadful events being described. At one point, when Yancy’s world is figuratively turned upside down, the image of a rain-drenched city street is literally inverted as the camera moves down the roadway. While the story is heartbreaking, the film moves at a glacial pace which tends to dissipate some of the emotional power. It is unfortunate, as a little judicious editing could have preserved both the jarring contrast of peaceful visuals and the emotional immediacy of the tragic story being told.

STRONG ISLAND is a heartbreaking, powerful documentary about how a tragedy breaks a family, but a film that demands patience from its audience to un-spool at it own contemplative pace.