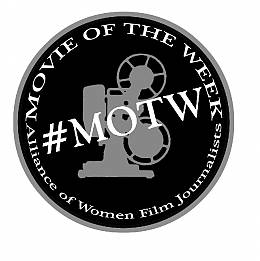 Focusing specifically on films directed by women as well as those featuring strong female lead characters and female-centric stories, AWFJ’s Team #MOTW has endorsed more than 40 exceptional films during 2017, to date. Because we pick only one film per week for #MOTW endorsement, we’ve had to pass up a good number of superb films that qualified, but were not our collective top choice. In August we paused to list the Best Femme-Helmed, Femme-Centric Film of 2017, to Date, including #MOTW selections and others we’d particularly liked. Now that awards season is beginning, we’re updating that list to include films released from August through the end of October. Continue reading…

Although we haven’t conducted statistical studies about the number of female-directed and/or female-centric films topping box office charts, nor have we kept track of stats related to the number of women working behind the cameras in various capacities, and we understand from recently released well-researched reports that numbers pertaining to women working in film still lag seriously, we have been pleasantly surprised to see what seems to be a profusion of fine films by and about women — films of all styles and genres, films with a wide range of themes and subjects that entertain and enlighten, and seem to respectfully represent and serve the interests of women audiences. Thus far, the 2017 catalog of films made by and about women presents a rich and satisfying array of female talent, skill and artistic accomplishment. We hope they will see their fare share of appreciation during awards season. — Jennifer Merin

Team #MOTW’s Picks for the Best of 2017 to Date November Update:

FIRST THEY KILLED MY FATHER Angelina Jolie’s uncompromising new film, First They Killed My Father, based on human rights activist Loung Ung’s bestselling memoir, is Cambodia’s official Oscar entry and her best work to date as a director. It’s a must-see that deserves all the buzz it’s getting. Jolie takes an unflinching look at the Cambodian genocide through the eyes of a child and her harrowing experience. The film features riveting performances by first-time actor Sareum Srey Moch, Phoeung Kompheak, Sveng Socheata, and an all-Cambodian cast of non-professionals who do a phenomenal job capturing their characters’ heartache, raw emotions, and personal trauma. Jolie’s passionate directorial effort is supported by high production values and uniformly excellent work by DP Anthony Dod Mantle, production designer Tom Brown, costume designer Ellen Mirojnick, editors Xavier Box and Patricia Rommel, and composer Marco Beltrami. Acclaimed Cambodian director and documentary filmmaker Rithy Panh, whose family died under the Khmer Rouge government, serves as one of the film’s producers. Jolie’s adopted son, Maddox Jolie-Pitt, who was a Cambodian refugee, is also a producer. Jolie has dual U.S.-Cambodian citizenship. — Sheila Roberts: In Faces Places, Legendary 88-year-old filmmaker Agnes Varda teams up with 33-year-old photographer and street artist JR for an idiosyncratic and glorious road trip to make an enchanting documentary that affirms the octogenarian’s buoyant vitality and her youthful companion’s inspired art, huge murals that are as ephemeral as life itself. As the two travel from village to village, typically in JR’s van, which doubles as photo studio and large format printer, we are privy to the everyday people they meet on their trip, from former miners to dockworkers and their wives to goat farmers to a shy cafe waitress surprised to find herself her town’s star tourist attraction when JR pastes her picture, many times life sized to the side of a building. The film provides an uncommon peek into common lives while also letting us eavesdrop on these two artists, one nearing the end of her road and the other in full flower. It’s a warm, teasing relationship–Varda really, really wants JR to take off his dark glasses and reveal himself–animated by their mutual affection, their curiosity about people, and their enthusiasm for their art, and captured gloriously in this glorious film. — Pam Grady Documentaries that focus on a competition are a genre unto themselves. But Step is a soul-stirring, foot-stomping and inspirational step beyond most in that its final showdown is only the beginning of a path towards a brighter future for the participants—namely, members of a step team who are about to become part of the first graduating class of the Baltimore Leadership School for Young Women. The result is both a buoyantly uplifting celebration of African-American womanhood and the dedicated educators who have their backs. The real prize here isn’t a trophy but the assurance that each and every senior will head off to college despite the obstacles they face in their daily lives. Filmmaker Amanda Lipitz, a Broadway producer making her feature-length directing debut and a Baltimore native herself, focuses on three distinctly different members of the Lethal Ladies squad. But the breakout here is Blessin Giraldo, who — with her dimpled smile and innate sense of style (oh, the hairdos you will see) — is blessed with movie-star glamour, fierce determination, a palpable physicality and an outsized personality that immediately designates her as a leader. At a time when inner cities are too often characterized by their crime statistics, Step instead provides abundant hope for the future. — Susan Wloszczyna Sean Baker’s portrait of a little girl living in a Florida motel with her messed up but loving mother is one of the most extraordinary movies about childhood ever made: intimate, heartbreaking, yet often quite funny. It’s a rare story, too, about living in poverty, and its impact on childhood innocence. The Florida Project is one of the best movies of 2017. — MaryAnn Johanson

In The Florida Project, Willem Dafoe stuns in a role like you’ve never seen him play before, but two complete unknown actresses play the key characters in this extraordinary work. The film’s documentary feel gives the audience what is essentially a fly on the wall view of a segment of the country that is far too often ignored. Bria Vinaite plays a young mother who will do anything to pay the weekly rent as long as it keeps her 6-year-old with a roof over her head. Her con-artist scams, panhandling, and the like lead us to assume she’s a selfish woman, but this could not be further from the truth. Once the details of their stories are revealed you cannot help but fall in love with both of these ladies but for very different reasons. A crass mother begets a rambunctious and wildly endearing performance out of Brooklynn Prince. This little girl has enough spirit to out-act any grownup she shares the screen with. Her curiosity and innocence lend to one hell of a breakthrough performance. Vinaite and Prince’s chemistry makes Sean Baker‘s direction look like a breeze. You will, no doubt, be seeing much more of these two actresses for years to come. — Liz Whittemore Switzerland’s entry for the Best Foreign Film Oscar is a compelling political dramedy set in 1971 in a quaint rural village where Nora (Marie Leuenberger), a conventional housewife and mother, facing gender oppression on every front, champions a burgeoning suffragette movement that challenges political and religious leaders who cited the Divine Order as reason to keep women in their place. A strong ensemble cast brings the story to its inspirational conclusion when Swiss women finally secure the right to vote in 1971. The Divine Order is a heartfelt, captivating and often amusing film about women discovering their power and demanding their right to an equal voice. — Jennifer Merin Novitiate is not just written and directed by a woman, Maggie Betts, but most of the crew and almost all of the performers were women as well. It takes us inside one of the few communities of, by, and for women, cloistered nuns in the pre-Vatican II era. It is respectful of its time, not expecting the women of the 1950’s to think the way we do, but respectful of its characters as well, each individual but together universal. — Nell Minow

MORE ABOUT MOVIE OF THE WEEK