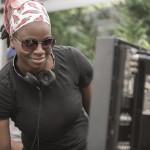 With just a few films to her credit, director Dee Rees is already making an assured and unique mark on American cinema. She brings mature talent, technical skill, and creative vision, all while being true to herself as a gay African-American woman. Available November 17, her latest film Mudbound vividly demonstrates she can extend her intimately emotional filmmaking to an epic scale.

REES’ ROOTS IN REAL LIFE AND THE MOVIES

Dee Rees grew up in an Afro-Centric family in Nashville, Tennessee. For her personally revealing documentary, Eventual Salvation (2008), Rees accompanied her octogenarian grandmother back to Liberia, where the elder had settled during the 1950’s, to hear a proud friend describe their motivation to emigrate: “I will not chop cotton; I will not be a domestic worker; I would not wash and iron clothes.” That demand to be accepted and respected as a person echoes through Rees’ films.

The child of fans of African-American cinema, Rees was inspired by Eddie Murphy’s advertising executive in Reginald Hudlin’s Boomerang (1992) to major in marketing, get an MBA at Florida A & M, and pursue a rising career promoting health and beauty aids. When she was working on a commercial for the Dr. Scholl’s account.she realized she was more interested in the cameras than the product. And, so, her shift to cinema began.

While working on her second masters at the NYU Tisch School of the Arts film program, Rees’ practical nature synced with her artistic intuition during her internship in 2006 as a script supervisor on her professor Spike Lee’s When the Levees Broke documentary mini-series and feature Inside Man.

Lee continued to be Rees’ close mentor as she developed the “semi-autobiographical” Pariah, using a short version as her thesis film that garnered praise at over 40 film festivals, several awards, and got her into the Sundance Institute Screenwriters Lab to develop the short into a feature.

Pariah also had a particular and deeply personal angle, as she told a college paper: “I was in the process of coming out. And my parents at that time weren’t accepting.” By the first screening, even her Sunday School-teaching mother could see that the young main character’s search for identity and love as a black gay woman “is a story that needs to be told”.

When Rees negotiated with James Schamus, then head of Focus Features, to distribute Pariah, the 2011 Sundance Film Festival’s U.S. Dramatic Competition winner, he told Variety, “she had the ability to terrify you with the fierceness of her intellect and talent” and “infinite empathy.” According to Box Office Mojo, her debut feature went on to earn almost $770,000.

The success of Pariah might have signaled a career surge for Rees. Not so. Sharing the rueful experiences of other women directors, she commented to Variety, “If I had been a filmmaker of another ilk, I’d probably have been on a stratospheric trajectory after I hit Sundance.”

Though she was disappointed that projects she pitched did not get picked up, a meeting at HBO turned into an offer to write a new script for and reanimate a stalled bio-pic about blues singer Bessie Smith. Queen Latifah had been committed to play Bessie for years, but was dissatisfied with the scripts — all male-written — that had been presented to date.

Rees was intrigued because Smith was also a Tennessee woman, and her grandmother’s favorite singer. Starting her research with songs Bessie Smith wrote to gain insight into her intersectionality, Rees also read Angela Davis’s Blues Legacies and Black Feminism: Gertrude “Ma” Rainey, Bessie Smith, and Billie Holiday to understand her “inner churn,” like the girl in Pariah. But as she commented to Black Enterprise, “I was always writing with a director’s eye.” HBO agreed, and gave Rees’ director’s eye a green light on the film.

She assigned the Bessie crew and cast (including Mo’Nique and Michael Kenneth Williams) to study a book of the 1920s/1930s South Carolina portraits by black photographer Richard Samuel Roberts, as well as works of the Harlem Renaissance and the 1930’s Negritude movement to explore “colorism” – asking the questions “Who’s black enough?” and “Who’s too black?”

Rees, having smoothly and successfully moved into utilizing the bigger budget provided for Bessie, garnered Emmy nominations for writing and direction, plus a win for Outstanding Television Movie.

With her epic Mudbound, opening in theaters and streaming on Netflix as of November 17, Rees significantly ramps up the scale of her career and the scope of her considerable accomplishments.

Co-scripted by Rees, the Mudbound scenario stretches back through time to the 1940’s and shifts locales from Mississippi Delta farms to World War II air and tank battles in Europe. The beautifully rendered and exquisitely poignant film shifts points of view, too, revealing the inner lives and thoughts of two families of characters — the white McAllans (played by Jonathan Banks, Jason Clarke, Garrett Hedlund, and Carey Mulligan,) and the black Jacksons (Mary J. Blige, Jason Mitchell, and Rob Morgan) — who live side by side yet separated by racism and political muck. Rees describes them as caught in “their own pre-conceptions about themselves and the bigoted hierarchical social order that America imposes on them” amidst “the unending struggle against ‘the land’”.

Adapting Hillary Jordan’s bestseller and re-envisioning Virgil Williams’ first script, Rees added key scenes and interchanges, while winnowing ancillary characters to focus on tandem cross-racial friendships — particularly between the two mothers and between the two PTSD-suffering war veterans returning to the Jim Crow South of sharecropper and landlord — not usually seen in films about this era.

BREAKING THROUGH AND MOVING FORWARD 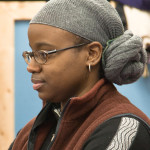 As she has from Pariah on, Rees has conducted workshops with her actors, two by two, getting them in each other’s faces to break through discomforts – especially with regard to racial insults and inherent preconceptions. While she has worked repeatedly with some of her cast and crew — including Robert Morgan from Pariah and Bessie’s costume designer Michael T. Boyd, Rees is proud to emphasize — as she did at the New York Film Festival — her female team: Director of Photography Rachel Morrison; Editor Mako Kamitsuna; score by Tamar-kali; Casting Co-Director Ashley Ingram; and Make-Up Artist Angie Wells. 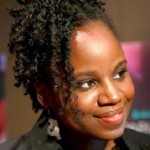 Mudbound marks the full emergence of Dee Rees as a brilliant and forceful female director whose superb cinematic storytelling raises awareness of social issues in a most compelling and humane way. We shine our November SPOTLIGHT on Rees in hope that audiences will race to theaters to see Mudbound in theaters to fully appreciate Rees’ dazzling achievement in earthy acting, gorgeous cinematography, deft aural and visual flashbacks and perspective shifts, all set to a score that well captures the story’s heartbreak, horror, and, surprisingly, hope. We see Mudbound as a pivotal opportunity-expanding production in Dee Rees’ long career.

Nora Lee Mandel is a member of New York Film Critics Online and the Alliance of Women Film Journalists. Her reviews are counted in Rotten Tomatoes “TomatoMeter,” and she continually recommends films to see at Mandel Maven’s Nest , including those that pass her strict application of the Bechdel-Wallace Test. Since 2006 she has reviewed documentaries, independent, and foreign films for Film-Forward ; since 2012, film festival overviews for FilmFestivalTraveler; and, since 2016, coverage of women filmmakers for FF2 Media . Her reviews of films, books, television, and music have also appeared in Lilith magazine, the independent Jewish feminist quarterly, and for the New Hampshire Jewish Film Festival. Her ongoing Critical Guide to Jewish Women in Movies, TV and Pop Music has been the basis for talks to audiences in New York and New Jersey, and at the Philadelphia Jewish Film Festival.