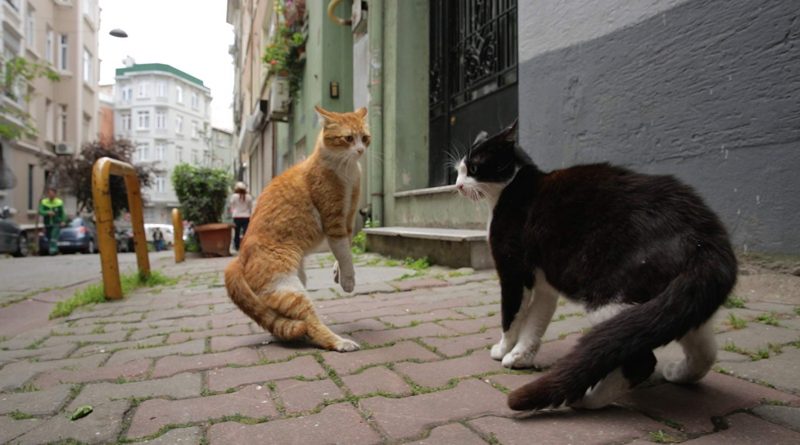 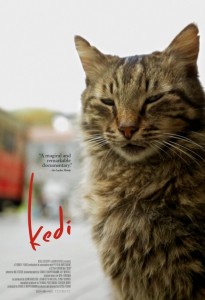 In much of the world, stray and feral felines are considered nuisances at best and outright pests at worst. But not in Istanbul, argues Turkish-born, US-based filmmaker Ceyda Torun, whose Kedi (odd how much the word sounds like “kitty”) documents the lives of street cats whose beat—one that spans millennia–is the city’s busting waterfront district, where shopkeepers and residents alike have settled into a symbiotic relationship with the sweet-faced little predators who help keep the rodent population down while happily accepting handouts. And Torun’s roving camera, often set at cat’s-eye level, gives their lives a dynamic energy that’s as enthralling as any footage of marquee-hogging elephants or lions: The woman who suggests that they’re “like aliens” isn’t entirely wrong—those pretty little eyes aren’t filled with worshipful warmth. Continue reading…

But at the same time, they “give off good energy,” says another local who figures that’s worth some tidbits. And “the love of animals is a different kind of love,” suggests a fishmonger who regularly feeds indulges the waterfront cats, “[but] people who don’t love animals can’t love people either.” Activists can argue that Kedi romanticizes lives that are often harsh and short, but the film is specific to a particular culture and location, one in which cats occupy a privileged space and one “little lion” of a nondescript white cat with tabby splotches is worth many times his weight in rat poison. “He earns his keep,” says a restaurant owner with admiration; “he does justice to the love he gets.”

Poised gracefully between the adorable and the discomfiting (confess, cat lovers: how long did it take you to accept another kitty kiss from the one who left a pile of mouse intestines on your bed?), Kedi is both sweet and knowing. And for all its specificity, the film speaks eloquently to the bond between people and other animals, embodied in the man who says his recovery from a 2002 nervous breakdown was helped by the day-to-day routine of feeding the local cats. It’s a measure of the film’s stealthy eloquence that he doesn’t sound ridiculous, any more than does the fellow who goes straight to the divine: “Dogs think people are God,” he says. “But cats don’t. Cats know that people act as middlemen to God’s will. They’re not ungrateful—they just know better.”