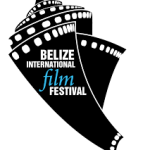 “Film is a window into other worlds where we can see past our differences to learn how much we have in common,” says Zayden, noting, “Belize didn’t used to have much of a culture of film-going or film-making but awareness is now increasing.” 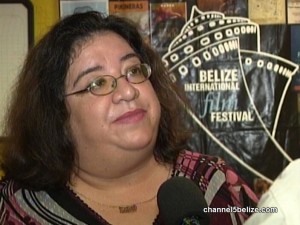 As a testament to Zayden’s mission, this year’s festival showcased four Belizean films alongside entries from Panama, Mexico, Cuba, Bahamas, Costa Rica and Trinidad & Tobago. Since BIFF’s inception, hundreds of Belizeans have pursued careers in film, culminating in more than 12 locals appearing on camera or behind the scenes in this year’s festival opener, Inheritance.

“It’s really quite remarkable that so much home-grown talent were able to participate in this feature film,” says Zayden, when AWFJ met with her in Belize City during the five-day annual festival featuring films, documentaries, music videos and shorts from around the world, with a special focus on Central America and the Caribbean. 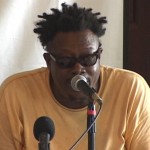 “I first heard about the Belize International film festival about ten years ago,” recalls Belizean native Flores who now has his own production company. “I ended up attending one of BIFF’s film-making workshops and learned how to write my own scripts and all the mechanics of film-making. At the time I was publishing a local newspaper called The Belizean Liberator which was all about cutting and pasting for print – but now I am cutting and pasting audio visuals.”

BIFF’s Special Liaison, Deborrah Fairweather is a Belizean former model who parlayed her career into film, becoming an in-demand costumier, working on Black Panther, Godzilla and Dirty Grandpa. “BIFF and especially Suzette Zayden has opened a real dialogue about film and its exciting for our people,” she says.

BRINGING FILMS AND FILMMAKING TO BELIZE

A one-woman force, Zayden has spent the past 20 years immersed in the growing Belizean film industry, lobbying for government incentives whole holding positions at the Film and Media Arts Unit while running her own Fer de Lance production company and programming BIFF.

Oftentimes it has been frustrating, BIFF paving the way for subsequent film festivals in Bahamas and Trinidad & Tobago all which have received greater prestige due to bigger budgets.

“But Belize has so much more to offer,” she insists. “Not only do we speak English but we’re small enough to be intimate where we literally know everyone’s telephone number and how to get things done. Our people are ready and willing to work and, in terms of locations, you can’t beat Belize,” she says, pointing the country’s rainforests, beaches, cayes, Mayan ruins and network of underground limestone caves.

Zayden’s next goal? To get more women involved.

“This year has been a step in the right direction with a record amount of women,” she says noting 2017 entries by female directors – Ida Does’ Amsterdam: Traces of Sugar; Lara Lee’s K2 and The Invisible Footmen; Rahma Nurlinda Sari’s Grandma’s Style; Nicole Vallalobos’s Sabado; Laurel Burgan’s Self-Prescribed, and Jessica Kaye and Laura E Davis’ Inheritance.

Zayden is particularly heartened by Reggero’s win, especially as she is a first-time director. 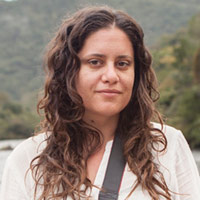 A long time environmentalist who began a climate listening project four years ago, Reggero has found that women are particularly sensitive to environmental issues. “I see a lot of female leaders in the environmental space, I think because women generally are good caretakers. Men are often very good at maybe putting the food on the table but woman are thinking about how they’re going to protect their children for generations, so we are thinking about the planet in different ways,” she says when AWFJ met with her she collected her award

Reggero’s The Wood Thrush Connection documents a recent geotagging project which led to an incredible discovery about the Wood Thrush’s migratory path from North Carolina to Belize, capturing the intercontinental efforts between the Belize and North Carolina Audubon Societies to protect this bird amid a changing climate.

“I worked with probably 50 women in creating this film,” says the film-maker. “Plus there were many women who donated money to do the tracking of the wood thrush from North Carolina all the way to Belize. People look forward to this bird every year because it is the most beautiful songbird; it has two vocal chords and it sings different songs each year, sounding like a flute. If we don’t protect its environment, it will blink out of existence.”

Next up, Reggero aims to make a documentary focusing on different businesses around the world that are working on creating solutions together to create a climate-resilient future.”

“I hope that BIFF will continue to help film-makers find their voice,” says Zayden.