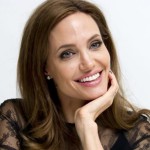 With award season already in full thrust, SPOTLIGHT asks: Has there ever been an A-list actress who has – in the prime of her career – choosen to promote not herself, but two films that tell stories about third world countries?

The actress doesn’t even play a role in either film, but opts instead to produce The Breadwinner, an animated story about a young Afghan girl who dresses as a boy in order to feed her family in Taliban-controlled Afghanistan, and to direct First They Killed My Father, an unflinching child’s view on the Khmer Rouge’s deadly rule in Cambodia.

No prizes for guessing December’s SPOTLIGHT is on Angelina Jolie, humanitarian, filmmaker, activist, mother, actress and so much more. And, both of her 2017 films have been selected as AWFJ Movie of the Week for their date of release.

As a BAFTA and AWFJ voter, this journalist enjoys award season as much as the next, although – if we’re totally honest – it’s something of a self-serving enterprise. Pick me! Pick me!

Which is what makes Jolie’s humility all the more admirable. 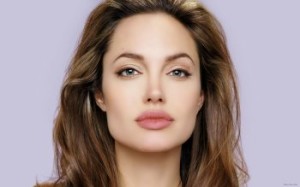 When AWFJ met with Jolie at Toronto International Film Festival 2017, she tirelessly walked the red carpets accompanied by her six children, using her own celebrity to promote otherwise overlooked issues.

Dressed head to toe in white maxi skirt and white buttoned shirt, she looked like an angel as she reflected on her career, surprised as anyone to note that she’s been an actress for 35 years now, making her screen debut opposite her father Jon Voight in Lookin’ to Get Out, at age seven.

Jacqueline Bisset and Maximillian Schell were her godparents and a Hollywood career was preordained.

“I got into acting partially because of my mom, because it made her so happy. It was something I was very much doing for her and it changed a little when she passed away.”

MOVING INTO THE DIRECTOR’S CHAIR

It’s of note that she only really began her odyssey as a director in the same year her mother died, first with the 2007 documentary A Place in Time, followed by the 2011 Bosnian drama In The Land of Milk and Honey, gaining momentum with 2014’s WW II epic, Unbroken.

A year later she directed, wrote and starred opposite husband Brad Pitt in By The Sea, a drama about a husband and wife whose marriage is unraveling. While the poorly received film would become a self-fulfilling prophecy – the couple’s 12-year relationship unraveling over claims of his drinking and abuse – today their year-long separation is on hold.

If she’s happier behind the camera instead of in front, then she’s not ungrateful for the opportunities her career has presented, “It is fun and silly, putting on costumes and acting like a crazy person. It’s a great job.”

Although she trained at the Strasbourg Institute she looks to life for inspiration. “Have a very full life, as full as possible, and listen and be aware of what’s around you. If you do that in life, you’re a better person, and if you do that as an actor, you communicate more honestly.”

She may have told the New York Times that she never expects “to be the one that everybody understands or likes,” but the peculiar disconnect between Jolie as a person and her perceived wild image, has long time been evident.

Even as she begun receiving praise for 1999’s Girl, Interrupted, her Oscar-winning role as a patient in a mental health institution, she laughs recalling how one critic wrote, “the only reason she would win an Oscar is that people aren’t sure if she’s actually crazy.”

Time has proven her gentle, kind and selfless. If you have to be a little crazy to take on and achieve as much as she has done, then call her crazy.

A cofounder of the Preventing Sexual Violence in Conflict Initiative, five years ago she was anointed as Special Envoy to the UN High Commissioner for Refugees, undertaking more than 60 missions to date, often accompanied by her family.

Then there’s her advocacy for womens’ health and frank discussion of her own double mastectomy, all the time raising six children. 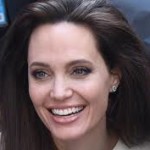 Having interviewed Jolie at least five times over the past decade, I’ve always found her to be smart, gracious and kind. She doesn’t even have a personal publicist and the first words out of her mouth are usually, “Ask me whatever you want.” Manna to any journalist’s ears.

Oddly enough, early success did not bring happiness. “I actually got very depressed. I was young and I loved to be with people and this was going to change things. I was also very aware that I didn’t have much to say and I didn’t deserve a microphone. I was still trying to figure out who I was. I was certainly no different than anybody else and I didn’t want to be on the other side of the line, so it felt wrong.”

The same year as Girl, Interrupted, she starred in The Bone Collector with Denzel Washington and Pushing Tin, demonstrating the rage of her talents.

Ironically it was her flashy role in the blockbuster Lara Croft: Tomb Raider the following year that changed her life. While filming in Cambodia, she happened upon Loung Ung’s bestselling memoir, First They Killed My Father. At the same time, she fell in love with the Cambodian people and adopted her first child, Maddox, from a local orphanage.

Seeking out Ung shortly after reading her book, the two women became instant friends, adapting the book into a screenplay many years before Netflix agreed to finance the project in 2015. Cambodian director Rithy Panh signed on as a producer. When a damning Vanity Fair article suggested that Jolie had manipulated Cambodian children during auditions for the film, Panh supported Jolie, saying how she is beloved by the Cambodian people.

Describing her decision to become a filmmaker as an accident, she now says, “I wanted to learn more about the war in Yugoslavia because it was a war I did not understand. I wasn’t planning on making a movie at all but I was sick for a few days so I was away from my kids, so I thought I’d try to write a screenplay – just for me, for fun, nobody would ever see it. I decided to start with two people who loved each other deeply and then end with one of them killing the other.”

That of course, would be In The Land of Milk and Honey.

“If you saw me in the days before making that film; my lack of faith in myself, I was a mess.”

Today she is infinitely more at ease although First They Killed My Father was not without its difficulties. “It wasn’t easy, standing there with your friend while you recreate scenes of her father being taken and killed.”

With her son Maddox working long hours, serving as an executive producer, she says. “I wanted him to work hard and give himself back to his country.”

A champion of women’s rights for all, Jolie instantly signed on to co-produce The Breadwinner, writing in Harpers Bazaar about the inequality of a word where millions of women and girls – such as the 11-year-old girl portrayed in the film – have to go to work instead of school to support their families. 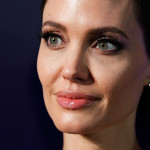 As much as she is passionate about film, it’s her humanitarian work which brings the greatest satisfaction. “The people who I’ve met over the years are truly my heroes. These are people who have taught me how to be a better mother and a better person; how to appreciate life and what to value and what to live by. I’d rather remain in that world and learn from them and if I can do films that bring their stories to life, then I think that’s important.”