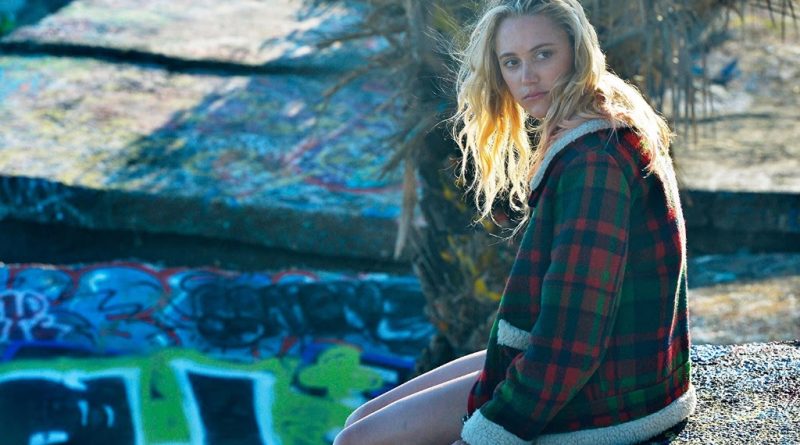 Sandy cannot cannot cope with the fact that her doctor husband Phil (Justin Kirk), decides to end their marriage not long after uprooting the family and moving them to the postcard-perfect California neighborhood that makes Sandy feel like a frumpy outsider.

Medina and her twin brother, Jim (Cody Fern), find some solace in each other — and in surfing the waves that crash just beneath their now-broken home — but Medina can’t protect her beloved brother from Sandy’s unhealthy fixation on him … or from the drugs that he can’t seem to say no to.

The performances are superb. Familiar faces pop up in small roles, from Alicia Silverstone as Phil’s new love to Goran Visnjic as a local realtor who offers Sandy some sympathy, but refuses her needy advances for more than a brokerage relationship. But the movie really belongs to Monroe and Garner. Medina and Sandy have a challenging mother-daughter relationship; Medina is closer to her father and resents her mother’s pull on Jim, while Sandy seems jealous of her daughter’s youth and potential. Both actresses delve deeply into their roles, helping to create a drama that’s often achingly sad but also relatable.– Betsy Bozdech

Nikki Baughan: “You only get a turn if you fight for one.” So realises teen protagonist Medina (Maika Monroe, It Follows) as she pits herself against the bullish male surfers of California’s Palos Verdes coastline. It’s also a fitting epithet for this strong and intriguing character who, over the course of this insightful film, learns how to carve out her own slice of happiness as her family implodes. The tightly controlled pseudo-paradise of this golden community – where a devastating riptide if secrets and lies lurk under the glossy surface – is the literal and metaphorical backdrop for Medina’s moving journey to find her own sense of identity and freedom when it becomes clear that her family is incapable of providing the strength, security and direction she desperately needs. Monroe’s exceptional performance – strong enough to override the occasional male gazey visual tone – is matched by a superb supporting cast including Australian up-and-comer Cody Fern, both charming and heartbreaking as Medina’s struggling twin brother Jim, and Jennifer Garner, who puts in a braruva turn as their unravelling mother Sandy.

Esther Iverem: Even if you want to avoid another movie obsessed with the tragedies of rich people, you will be drawn in by the exceptional performances in “The Tribes of Palos Verdes,” especially by newcomer Maika Monroe. Based on a novel of the same name, the script and direction are unwavering in their focus on what is human as a family disintegrates.

Anne Brodie: Karen Croner’s Tribes of Palos Verdes is a tough watch. It takes a domestic drama, set in a rigidly ordered ritzy California neighbourhood, a privileged family and rips it all away to find the cold dead hearts underneath. Jennifer Garner’s fierce as a wife and mother struggling with anxiety and possible mental illness seemingly triggered by her husband’s (Justin Kirk) affairs and apparently the suffocating, status seeking character of Palos Verdes. Their twin children (Maika Monroe and Cody Fern) are feeling the effects of their mother’s lamentable condition and find solace in one another. But Garner’s character’s vicious verbal attacks on all of them are increasing; she drives her husband away to a new life and the children to risky behaviours. The beach lifestyle, surfing, sun and sparkling homes of this gated community give the impression of order and a life to be envied. It’s anything but. This is about as unhappy as it gets in a land of sunshine and money. The cinematography highlights these contrasts beautifully. The performances are terrific. However it was in need of occasional relief from the pain.

MaryAnn Johanson: Maika Monroe and Jennifer Garner shine in as a mother and daughter at odds with each other but both deeply impacted by toxic masculinity *and* toxic consumerism in their ritzy California gated community. It’s rare to see such powerful depictions of girls and women and the coping mechanisms they deploy to try to stave off their own personal damage, and sometimes do little more than spread their trauma around. Source material (the novel by Joy Nicholson) and a screenplay (by Karen Croner) by women is how you pull that off! If only directors Brendan Malloy and Emmett Malloy had resisted the urge to include multiple “sexy” shots of their female protagtonist’s ass.

Cynthia Fuchs: In The Tribes of Palos Verdes: the water is blue, the sky is wide, and the siblings are lithe and smiling, at ease in the water and with one another. But Medina’s voiceover has been signaling adversity since film’s start, and you’ve already met the twins’ troubled parents, Sandy (Jennifer Garner) and Phil (Justin Kirk), so you’re over-prepared, within minutes, for the inevitable Ordinary People-ish turn. But where Robert Redford’s movie began with the crisis and then dug into its complicated emotional aftermaths, Emmett Malloy and Brendan Malloy’s film, based on a novel by Joy Nicholson, keeps signaling. And as you wait for what’s coming, you begin to feel as boxed in by the twins’ fate as they appear to feel. Read full review.

Jennifer Merin: Set among the well-manicured lawns, sprawling houses, and groomed beaches of an exclusive California community, THE TRIBES OF PALOS VERDES is a drama in which family turmoil wreaks havoc in the life of teenage Medina (Maika Monroe), who seeks solace in surfing, while withstanding the bullying ploys of surfer boys. Written by Karen Croner, the film features a strong performance from Jennifer Garner, who plays against type as Medina’s emotionally unstable mother who cannot cope with her doctor husband’s infidelities and his decision to end their marriage. The postcard-perfect and privileged but heartless California neighborhood is a catalyst for the family’s dysfunction.

Cate Marquis: THE TRIBES OF PALOS VERDES is a drama about a family recently transplanted from the down-to-earth Midwest to the gated suburban beach community of Palos Verdes, California. It immerses the family in a kind of culture shock and only dad Phil (Justin Kirk), a cardiac surgery, is enthusiastic about the move. Nonetheless, mom Sandy (Jennifer Garner) and teen-aged fraternal twins Medina (Maika Monroe) and Jim (Cody Fern) are trying to make the best of it. Read full review.< Liz Whittemore: This is a film about the systematic deterioration of a family. Under the damaged parenting skills of a philandering father and a tragically codependent mother, a set of twins verge off on two opposite paths in order to cope. Jennifer Garner delivers in​ ​an emotionally raw​ ​role unlike any we’ve seen from her before. But this coming of age story would be nothing without the nuanced performances of the twins, Maika Monroe and​ ​Cody Fern. Their navigation of a toxic surrounding makes The Tribes of Palos Verdes the success it is. Utilizing a diarylike narration the film is a slow burn through the downward spiral of one family’s West Coast transition.

Sheila Roberts: Brothers Brendan and Emmett Malloy transition from helming music videos, shorts and documentaries to co-directing their feature debut, “The Tribes of Palos Verdes,” from a screenplay by Karen Croner based on a novel by Joy Nicholson. While the concept of finding one’s tribe in a setting where there’s so much pressure to be perfect and to belong is an intriguing one, the cast – including veteran Jennifer Garner – often appears to be struggling with uneven direction. The characters’ turbulent home life and unpredictable daily dilemmas feel over the top as they stumble along attempting to navigate one crisis after another. Set against a backdrop of stunning seascapes and surfing sequences, Maika Monroe’s compelling performance opposite Cody Fern and Noah Silver is the film’s saving grace and the glue that holds it all together.

Title: The Tribes of Palos Verdes

Screenwriter: Karen Croner, based on the novel by Joy Nicholson