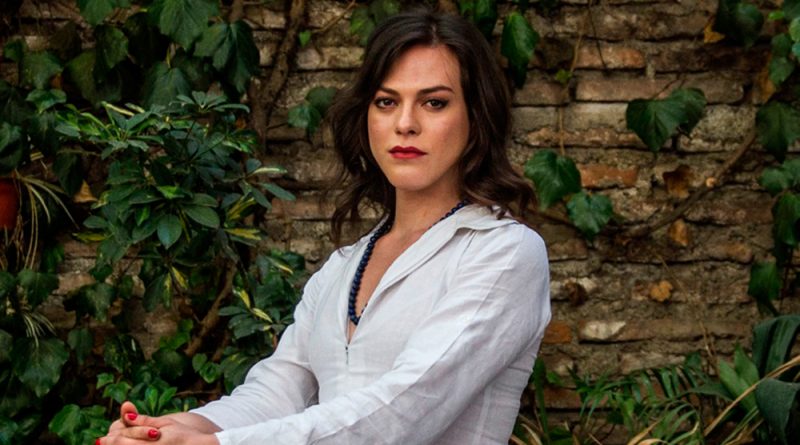 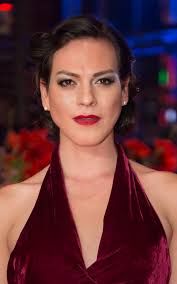 Trailblazers whose groundbreaking accomplishments change the world, clearing the way for those who follow in their footsteps, are often reluctant to draw attention to themselves. Their motivation is simply to be allowed to be themselves. So it is with Daniela Vega, the first openly transgender actress and model in Chile, and star of the Oscar-nominated A Fantastic Woman.

This year’s Academy Award nominations include several historic firsts. Mudbound’s cinematographer Rachel Morrison is the first woman to be nominated in her category, and genre-labeled films like The Shape of Water, Logan, and Get Out are getting attention in ways we’ve never seen before. And, the nomination of A Fantastic Woman in the Best Foreign Film category is another first and a very positive sign for the future of film.

Daniela Vega made her film debut in 2014 in the ensemble drama La Visita, by writer/director Mauricio Lopez Fernandez. A Fantastic Woman is her second film, and the first in which she carries the movie.

All this came about rather surprisingly, given the fact that she was never originally supposed to play the role of Marina. 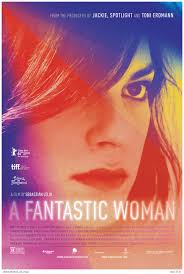 When Sebastian Lelio and his A Fantastic Woman co-writer Gonzalo Maza began building what he called a “trans-genre” film about a transgender woman, they brought Daniela Vega on board as a cultural consultant so they could accurately capture the reality of being trans in Chile. As they crafted the script, more and more elements of the story as well as the lead character of Marina began to mirror qualities they saw in Daniela. For example, Vega is a classically trained opera singer, and they gave Marina her glorious voice in the script. It became apparent to the director that Daniela was the one and only casting choice for his lead.

Lelio has spoken frankly about his desire for A Fantastic Woman to be judged on its merits and not as what he calls a “cause” film. It is, first and foremost, a study of grief and the transformation of those who must find a way through it. Taking place over the course of three days, A Fantastic Woman centers on Vega’s Marina, who loses her lover, Orlando, to sudden death, only to be misunderstood, judged, and excluded by his family. She must find a way to say goodbye to the love of her life, travel through the fear and anger of her loss, and stand up for her rights as Orlando’s partner — through authentic use of her own voice.

Vega saw the challenge of playing Marina and building empathy with the audience as one in which she could create a “universal woman.” In an interview with AWFJ, she said she pinned the performance on her awareness that we all share the same three experiences central to the story in A Fantastic Woman. Says Vega, “There are three simple truths. Everyone falls in love. Everyone is rejected or treated badly. Everyone experiences loss and they themselves die. These three very important aspects of being human acted as an umbilical cord, a way of connecting with the rest of the world.”

Vega is in nearly if not every scene of A Fantastic Women. The audience follows her in what almost feels like real time, walking with her as she experiences the in-between realm, the trance state, that occurs during the first days of loss. Vega’s performance is a fearless, stripped study in introspection that demands empathy from every audience member. That’s what makes this film so special, and Vega’s portrayal so valuable. While her character happens to be trans, that is by no means the crux of the story, which is not a narrative about transition or coming out. It’s a story about love and grief. Vega’s authentic and empathetic performance as Marina and the praise it is garnering can expand opportunity for other trans actors in Hollywood, and around the world.

In the last few years there has been an increasing backlash against the continued and nearly universal casting of cisgender actors in transgender roles, as well as the stereotypical characterizations of trans and non-binary people as portrayed on the big screen. In op-ed pieces written by GLAAD Transgender Media Program director Nick Adams, questions have been raised as to the danger that this casting guideline presents to those in the trans community.

Actors including Trace Lysette, Alexandra Billings, Jen Richards have made great strides in representation on the small screen. They have spoken about the fact that in many cases, trans folk in the public sphere are the only examples that trans and non-binary youth see and can use as role models. Trans youths are one of the most vulnerable, at-risk groups. Helping them to understand themselves and making it possible for them to see themselves portrayed positively can help change how they view themselves and how they are viewed by the public. 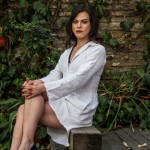 There are but few high profile,positive image trans roles written and they should be cast with talented, highly trained trans professionals who are yearning for an opportunity to shine. For that matter, why can’t trans actors play any role for which any other actor in Hollywood might get hired? When we spoke with Daniela Vega about the issue of trans actors being hired for trans roles, she said, “It has to change. I don’t know why it has taken so long, but now is the time. Creating visibility is part of the task, but it’s not the task. The task is dignity, and before dignity comes rebellion.” 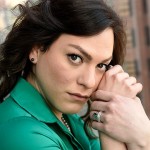 Brilliant and accomplished, Daniela Vega is an integral part of showing the world that the choice of hiring talented trans performers to play trans characters, or any characters for that matter, makes the entire film industry better. Now in the limelight, she represents the diversity and authenticity we expect to see in cinema. Taking to the red carpet and fielding reporters’ questions during the promotion of A Fantastic Woman, Vega shows all the grace and humor of a reluctant, yet committed trailblazer. Should she simply be taken as a luminous, joy-filled actress adjusting to stardom? Yes, of course. But, that’s not the world in which we live. Vega stands in the limelight for every trans actor and actress who has been told they aren’t famous enough, or skilled enough, or world-ready enough to be hired and to carry a film to success. Vega deserves our SPOTLIGHT so that she and all those who follow her can be seen as not only viable casting choices, but as the best choices to make for great cinema. We at AWFJ want Daniela and all struggling, talented trans actors out there to know we support them.

EDITOR’S NOTE: A Fantastic Woman is AWFJ’s Movie of the Week for February 2, 2018