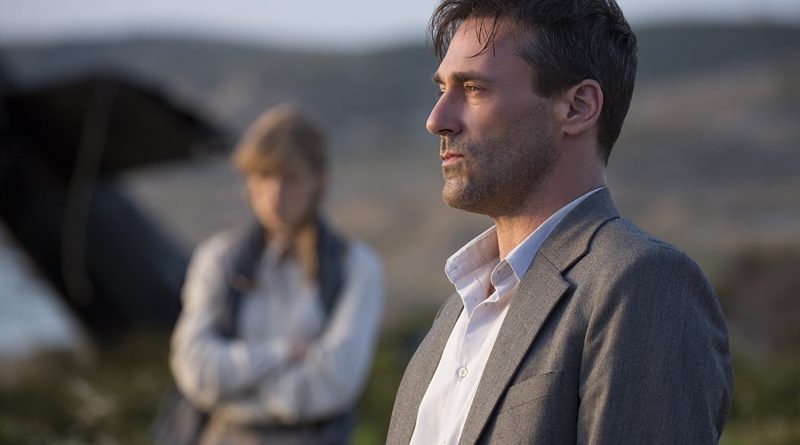 Charismatic Jon Hamm (TV’s “Mad Men”) is such a good actor that it’s a shame his considerable talents are wasted on this disjointed political thriller, set in war-torn Lebanon in 1982. Hamm plays Mason Skiles, a top U.S. diplomat, happily married to Nadia (Leila Bekhti) and living in Beirut. Having no children of their own, they’ve taken in Karim (Yoav Sadian Rosenberg), a 13 year-old Palestinian refugee, treating him like “part of the family.” Continue reading…

At a cocktail party, Mason discovers that Karim’s older brother, Abu Rajal (Hicham Ouraqa), is a terrorist suspected in the massacre of the Israelis at the 1972 Munich Olympics – and Mossad agents want to question Karim.

Without warning, Karim’s brother and his cohorts barge in, guns blazing and grab Karim. Nadia is killed in the chaos, and Mason is bereft.

Cut to Boston 10 years later. Perpetually depressed Mason has become a union negotiator and a bona fide alcoholic. One night in bar, he’s approached with an offer he cannot refuse.

His close friend/CIA colleague Cal Riley (Mark Pellegrino) is being held hostage by now-grown Karim (Idir Chender), who demands the return of his brother from the Israelis.

But the Israelis don’t have his brother, forcing Skiles to deal with the PLO. Milling around are three other key players: cultural attaché Sandy Crowder (Rosamund Pike), CIA agent Donald Gaines (Dean Norris), and the Embassy’s Gary Ruzak (Shea Whigham). Each has his/her own agenda.

Director Brad Anderson (“The Machinist”) and editor Andrew Hafitz seem unable to twist the pieces together coherently, and the lighting is so dark and murky that it looks as if it were filmed in a bunker, making it difficult to distinguish one actor from another.

On the Granger Movie Gauge of 1 to 10, “Beirut” is a frustrating 4, losing suspense along the way.