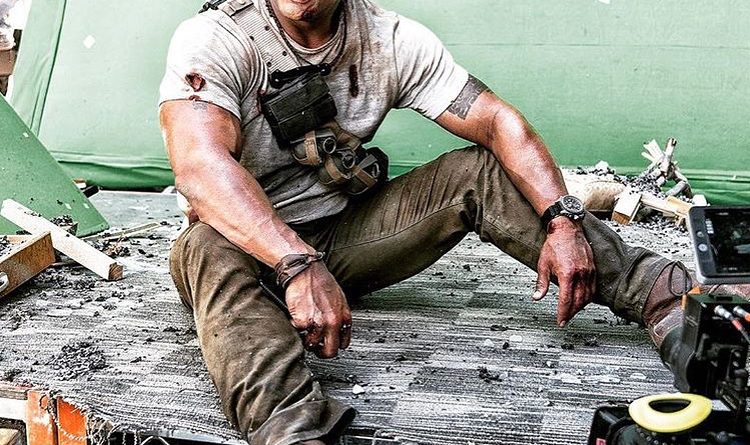 If A Quiet Place could be considered sublime horror, Dwayne “The Rock” Johnson’s new monster movie, based on a 1986 arcade game, falls into the ridiculous category. Back in 1993, there was breakthrough bio-engineering technology, known as CRISPR, which gave scientists a way to treat incurable diseases through genetic editing. In 2016, fearing its misuse, the U.S. Intelligence Community designated genetic editing a “Weapon of Mass Destruction and Proliferation.” Continue reading…

Cut to the explosion of an American spaceship. Its cargo was a genome experiment gone awry, and three CRISPR vials fall to earth, much to the consternation of nefarious brother-and-sister execs (Malin Akerman/Jake Lacy) at a Chicago company called Energyne.

At San Diego Wildlife Preserve, primatologist Davis Okoye (Johnson), who prefers animals to people, has formed a strong bond with an albino silverback gorilla named George that he rescued from poachers and with whom he communicates in sign language.

Suddenly, overnight, once-docile George becomes hyper-aggressive and grows to gigantic proportions. Obviously, he’s become infected by a pathogen from one of the vials. And there are two other mutations: an agile 30-foot-long Rocky Mountain wolf and an immense Everglades crocodile.

On the Granger Movie Gauge of 1 to 10, Rampage rumbles in with a foolish 5, it’s Godzilla on steroids.