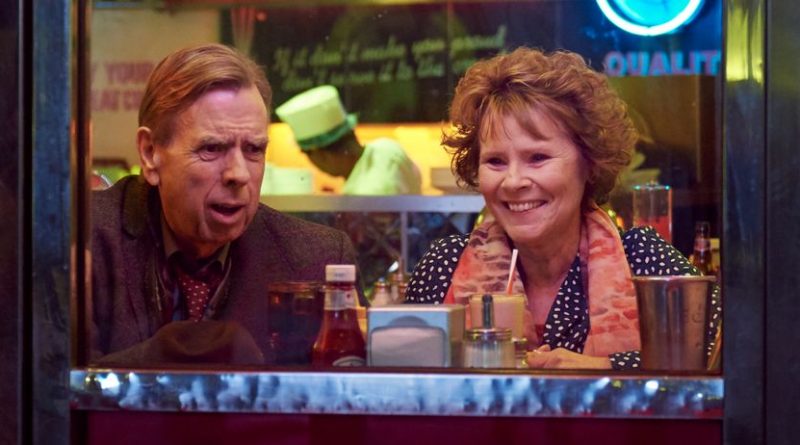 Showing little sympathy for Sandra’s self-absorbed moping around her cluttered East London flat, eccentric, activist Bif urges her to join a dance class at the local community center. That’s where Sandra meets Charlie (Timothy Spall), a cheery Cockney furniture restorer who lives on a houseboat, having sold his home to pay for his Alzheimer’s-addled wife’s care in a posh nursing home.

Recalling her childhood love of dancing, Sandra learns to relish this new pastime, joining other class members (Joanna Lumley, David Hayman) in a charity-related, flash-mob performance in Piccadilly Circus. That leads to an invitation to perform in Rome, where a coin tossed in the Trevi Fountain leads to – all sorts of complications.

Formulaically scripted by Meg Leonard and Nick Moorcroft, it’s directed by Richard Loncraine (“Wimbledon”) who relies on his cast of veterans to find more in their nebulously sketched characters than was ever on the written page. And they don’t disappoint.

Graduates of the Royal Academy of Dramatic Arts, Imelda Staunton and Timothy Spall are familiar to “Harry Potter” film fans as headmistress Dolores Umbridge and nasty Peter Pettigrew a.k.a. Wormtail.

On the Granger Movie Gauge of 1 to 10, “Finding Your Feet” is a high-spirited 7, relying on sassy, solid performances and a stunning final shot.