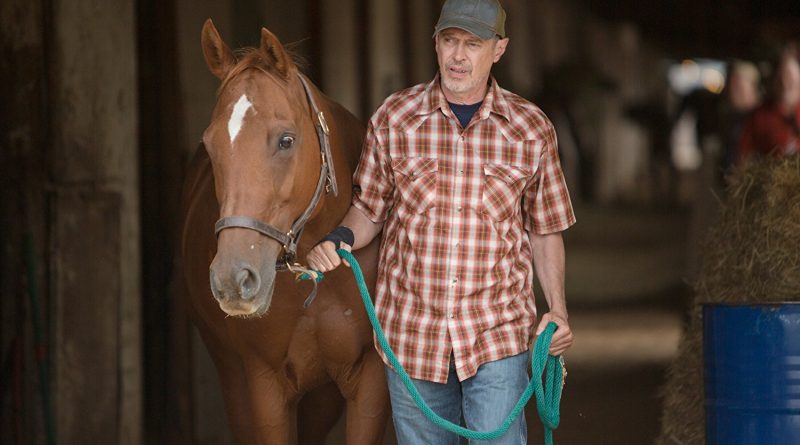 Lean on Pete leans on violence. The only reason to see “Lean on Pete” is to watch Charlie Plummer further his career after his fine work in All the Money in the World. Otherwise, Lean on Pete offers very little beyond violence. It’s not even a classic animal movie of sentimentality: boy gets horse, horse dies, boy becomes man. Continue reading…

It is not really a spoiler to suggest that the horse named Lean on Pete dies. You sorta know that, going in. You also pretty much know that the end is going to be as happy as it can be under the circumstances.

The circumstances are bleak. Fifteen-year-old Charley Thompson lives with his feckless father, a womanizer whose wife left a long time ago. The old man gets by doing odd jobs, but not enough to keep the two of them in burgers and beer. They move a lot and currently reside in California. Charley remembers playing freshman football in Spokane as he runs down the road. He discovers a race track nearby.

He takes a job with a man as vulgar as his father. Del pays him to muck out stables and deal with horses, including ole Pete. Charley takes Pete away from this horrid environment in an effort to keep him from the slaughterhouse. At that point, the film becomes more picaresque as Charley trots around the country, looking for his aunt to take him in. Pete becomes for him what the volleyball became for Tom Hanks in “Castaway,” just a dialogue partner.

The cast of Lean on Pete includes Chloë Sevigny as a jockey, Steve Zahn as a drunk, and Steve Buscemi as Pete’s owner. Plummer is good as Thompson, but not good enough to hold attention for this too-long film, directed by Andrew Haigh. Haigh, who wrote the script based on a novel by Willy Vlautin, directed the estimable 45 Years, but he is as lost as Charley in the mis-titled, very violent Lean on Pete.