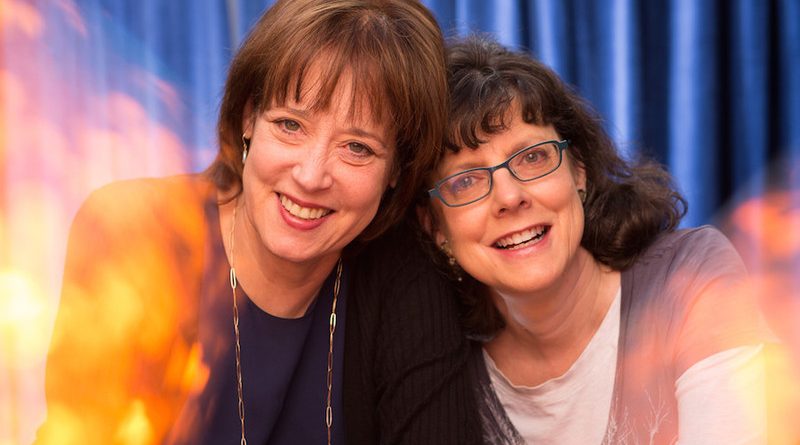 Interviews
May 1, 2018November 12, 2021 Nell Minow 0 Comments betsy west, documentaries, Julie Cohen, RBG, ruth bader ginsburg, supreme court, women filmmakers
0 Flares 0 Flares ×
Shakespeare could have been writing about Supreme Court Justice Ruth Bader Ginsburg when he said, “Though she be but little, she is fierce!” When she was a law professor in the 1970’s, Justice Ginsburg helped design the strategy and argued the Supreme Court cases that were as critical to defining the rights of women under the Constitution as the Brown v. Board of Education case was for defining the rights of racial minorities. She was appointed to the Supreme Court by President Bill Clinton and now, at age 85, the tiny, opera-loving Supreme Court Justice who proudly wears a lacy collar when she dissents from the majority decision has become an unexpected popular icon, lovingly mocked by Kate McKinnon on “Saturday Night Live” and nicknamed “Notorious RBG.” A new documentary called “RBG,” directed by Betsy West and Julie Cohen, is AWFJ’s Movie of the Week (#MOTW). In an interview, Cohen and West spoke about the film’s production and the impact of RBG — both the person and the documentary. Continue reading…

NELL MINOW: One of your film’s highlights is seeing Justice Ginsburg watch Kate McKinnon’s affectionate parody performance. What was that like?

JULIE COHEN: It was like a lot of things in the documentary process; in retrospect it was fantastic, in the moment it was kind of nerve-wracking. The public information office at the court had agreed to our request to show Justice Ginsburg a couple of video clips but we hadn’t said what they were going to be. Some of them were actually from the early home movies and we also showed a clip of her granddaughter and this was at the end of a long day of interviewing. So we were in this very austere room surrounded by imposing portraits of early Chief Justices and we pressed play not quite knowing what the Justice’s response would be. You see what it is in the film as she just basically cracked up from the beginning, how her eyes really widened. She also laughed because she actually appreciated the comic performance. And then she just really started kind of belly laughing and the more it went on the more she laughed.

BETSY WEST: Yes, it was quite wonderful and there were a number of the people from the Supreme Court press office there who actually were smiling during the whole thing. It was just a wonderful moment; her sense of humor about herself is pretty cool.
It was unexpected but very moving to see a tender love story in a documentary about a Supreme Court Justice.

MINOW: Why was that important to include in the film?

WEST: We always knew that we would include the love story. Marty Ginsburg was a feminist husband ahead of his time. As we were making the film, it became even more important. First of all, the way she just lights up whenever she talks about him makes it clear how important he was to her. And when we were talking to her biographer at the beginning of the process, he said, “We’ve gathered a lot of material, boxes and boxes of material and we have some videos of them, some home movies from Marty’s family.” They asked Justice Ginsburg if we could have permission to use them and couple of weeks later a manila envelope showed up in the mail and we were ecstatic. That footage really helped us bring home the romance, their early life, just illustrating when she talks about how “he was the first boy who cared about me because I had a brain.” And then as we went along it was so clear what a role he had played not only in her personal happiness but also in her professional career, and we just thought that was important.

MINOW: I was glad you covered her groundbreaking Supreme Court arguments to overturn gender discrimination rules. How did you select the cases you focused on?

COHEN: Yes, the Ruth Bader Ginsburg history of litigation from the seventies was a major reason we wanted to make this film. That’s the part of history that somehow has gone underappreciated and it’s such an amazing story and we wanted to tell it. We basically picked the cases to focus on based on two things; the audiotape of the Supreme Court arguments, which were the cases where there were living and incredibly compelling characters who were ready to tell their stories in an interview like Sharron Frontiero and Stephen Wiesenfeld.

MINOW: What do you think has been her most significant contribution as a Justice?

WEST: I think she solidified her work in women’s rights with the VMI decision. That decision is a groundbreaking one. In later years her significance is in some of the dissents that she’s written as the Court has moved to the right.

COHEN: As you know, a lot of what goes on in the Court is less compelling and sexy so to speak to the general public. She’s had some important opinions in civil procedure and business cases, but we wanted to stick to the law that would have very broad interest and very broad appeal and also hone in pretty tightly on the gender inequality issue.

MINOW: What do you think it is about her that has made her so captivating that people get tattoos and t-shirts?

WEST: I think that the notorious RBG blog post hit a nerve with the millennial generation and I think it’s just the incongruousness of seeing tiny 85-year-old grandmother who is tough and speaking truth to power. There’s something funny about it that appeals to a younger generation and has made them see her as a hero. People show up at our screenings for the film with all kinds of t-shirts and merch and of course the kids book, I Dissent. The other thing that’s amazing are little girls — 7 year olds, 8 year olds, 9 year olds — who come to the movie theater dressed up as RBG. Really it’s so cute and they obviously don’t understand completely what she’s done, they don’t really totally get it but there is something about the image of this little woman who has some power. It made them feel powerful I think, this grandmotherly figure that they are identifying with is extraordinary.

COHEN: Yes she’s just become a symbol of standing up and fighting back and the fact that it comes in the package of this teeny little 85-year-old Jewish grandmother it kind of makes it all the better.