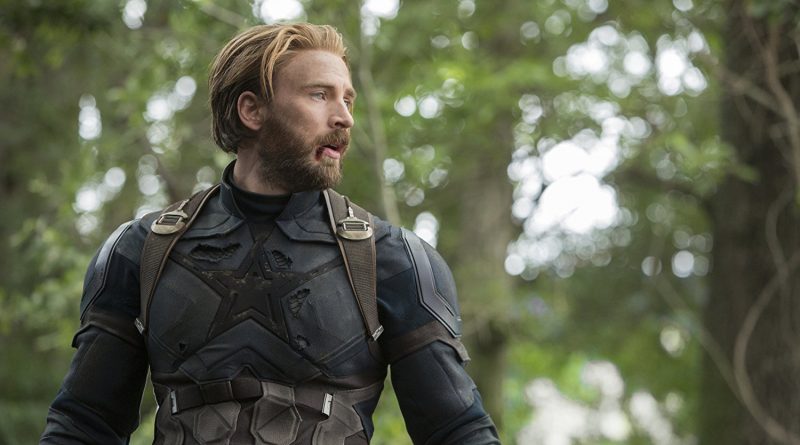 Have you ever bought one of those giant tubs of hot, buttered popcorn? You know how you feel after you’ve gorged yourself? That’s how bloated I felt after nearly three hours of this massive comic-book spectacle. Continue reading…

The new villain is Titan’s gigantic, galactic warlord Thanos (James Brolin). In the opening scene, Thanos decimates Asgard on his path to cosmic genocide, a task he can only accomplish by stealing six Infinity Stones. When they’re combined in a Gauntlet, Thanos will be able to control time, space and energy, along with altering the laws of physics and reality.

But Loki (Tom Hiddleston) has the blue Space stone. Doctor Strange (Benedict Cumberbatch) has the green Time stone. The Collector (Benicio Del Toro) has the red Reality stone. Vision (Paul Bettany) has the yellow Mind stone embedded in his forehead. Star-Lord (Chris Pratt) and his space-faring Guardians of the Galaxy (including scene-stealing Groot) have the purple Power stone. And then there’s the elusive, sacrifice-demanding Soul Stone.

So it’s up to 20+ Marvel superheroes to maintain order in the universe, under the leadership of Iron Man (Robert Downey Jr.), who has to postpone festivities with Pepper Potts (Gwyneth Paltrow), and Thor (Chris Hemsworth), who is still minus an eye and his hammer.

Even so, Thanos, clutching his ‘adoptive’ daughters Gamora (Zoe Saldana) and Nebula (Karen Gillan), isn’t about to give up easily. Not surprisingly, it ends with a cliffhanger, setting up the May, 2019, sequel which is already filmed.

Working from a wisecrack-filled script by Christopher Markus and Stephen McFeely (“Captain America: Civil War”), directors Joe and Anthony Russo move these crossover superheroes around like chess pieces, adding a few ‘new’ characters, the most memorable played by Peter Dinklage.

Yet what’s most amazing is how – after filing for Chapter 11 bankruptcy in 1996 – Marvel, led by producer Kevin Feige, now dominates the global box-office.

On the Granger Movie Gauge of 1 to 10, “Avengers: Infinity War” is an overstuffed 7 – and, yes, wait for the ‘post-credit’ scene