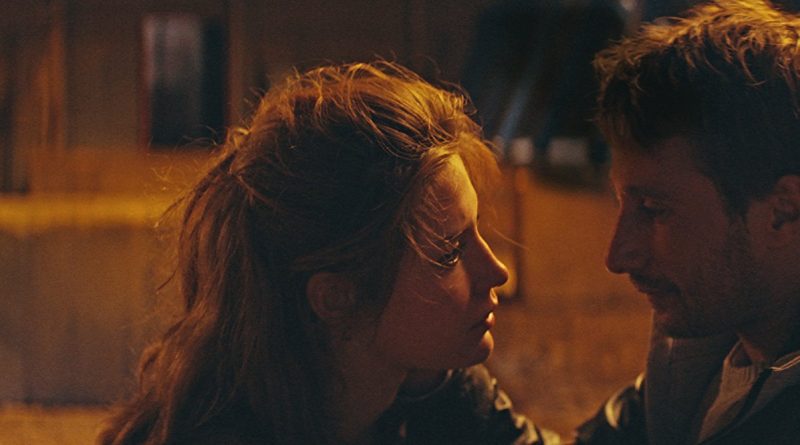 Racer and the Jailbird meanders and drags through two lovers’ lives. Bibi is an accomplished race car driver, Gino a professional criminal in Racer and the Jailbird. They fall mind-numbingly in love. So hopelessly enamored of Gino, Bibi doesn’t ask questions when he occasionally disappears to rob a bank or a money transport van. In and out of trouble and then in again, they talk, pledge their hearts, and suffer. Continue reading…

The chronological story is divided into three chapters: Gino, Bibi, and No Flowers. In an episodic, superficial presentation of two intersecting characters, the plot zigzags through scenes of Gino and Bibi talking, having unappealing sex, driving and talking, stealing, and repeating the pattern. In the first half, director Michaël R. Roskam intermittently throws in some insanely fast racing, including on narrow roads, to try to gin up the energy the film lacks at every crucial juncture.

At two hours ten minutes, Racer and the Jailbird slogs along, the only interest generated by the considerable cinematic appeal of Matthias Schoenaerts and Adèle Exarchopoulos. But their adoring looks at each other can’t fill the yawning vacuum in their underdeveloped, two-dimensional lives. Gino and his criminal colleagues argue often but we’re never privy to their intelligence or schemes all of which appear well beyond their expertise. For her part, despite nice gender neutral job designation, Bibi never studies or trains for her profession and is, in fact, totally unconvincing as a race car driver.

This is a failing of scriptwriters Thomas Bidegain, Noé Debré and director Roskam, who deliver a dull love affair. Bibi’s businessman father, marginal organized crime ties, and several other diversions are worked in as desperate plot maneuvers. No sale here as the central melodrama wears on and on and on. Editor Alain Dessauvage needed stricter guidance, though even more severe cutting could probably not save this misguided indulgence; that is, I can’t figure out why anyone would care about Gino and Bibi.

To be fair, production values are high. The fault lies in a story that fails to elicit an emotional investment, although the music repeatedly invites one. Racer and the Jailbird doesn’t build and doesn’t pay any dividends. In French and Dutch with English subtitles.