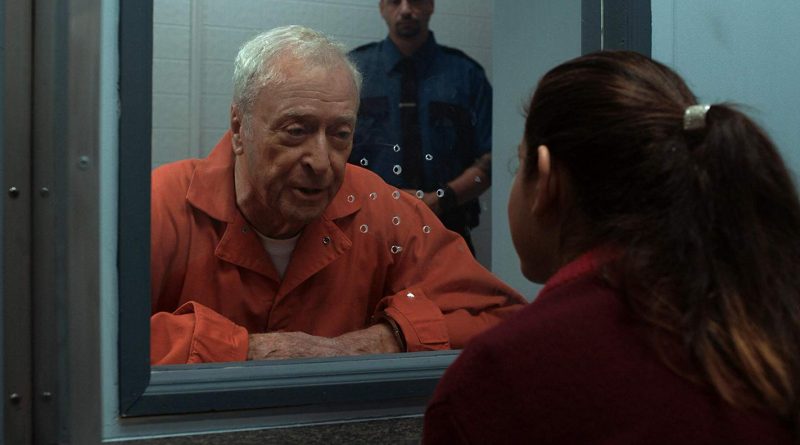 Westport native Lisa Addario and her husband/screenwriting-directing partner Joe Syracuse came up with a crazy idea: What if a rebellious teenager became the pen-pal of a notorious, Castro-like tyrant of a small Caribbean island nation – and he suddenly arrived on her doorstep? That’s what happens when sullen 16 year-old Tatiana (Odeya Rush) satisfies her Social Studies teacher’s (Jason Biggs) assignment to “write to a famous person” by choosing Gen. Anton Vincent (Michael Caine), who responds, and a cordial correspondence ensues. Continue reading…

When Gen. Vincent is deposed by U.S.-backed forces, he supposedly disappears. In reality, he seeks refuge in Tatiana’s garage in suburban Savannah, Georgia.

Using her computer to communicate with loyalists, he plots his return to power, while teaching Tatiana how to overthrow her own oppressors – the clique of ‘mean girls’ who make her high school life miserable.

“Take out the leaders,” he tells her. “Foment unrest. Assume authority.”

Previously, Lisa Addario and Joe Syracuse wrote “Parental Guidance” with Billy Crystal and Bette Midler and “Amateur Night,” based on Joe’s real-life adventures driving hookers around Los Angeles when Lisa was pregnant with their daughter.

This is their first co-directing gig – and, unfortunately, the pacing/editing isn’t on a par with the writing. Originally titled “Coup D’Etat,” the satire should have been sharper and more subversive. While Michael Caine tries hard, he’s more convincing as Tatiana’s avuncular advisor than ruthless despot.

Coming up in the future is “Scissor Happy,” Lisa Addario’s take on growing up in Westport in the 1980s with three sisters (Pulitzer Prize-winning photojournalist Lynsey, teacher Lauren, and Disney film-maker Leslie), a real-estate agent mother and a gay hairdresser father. She’s 1986 Staples High School graduate.

On the Granger Movie Gauge of 1 to 10, “Dear Dictator” is a farcical 5, now available streaming or on DVD.