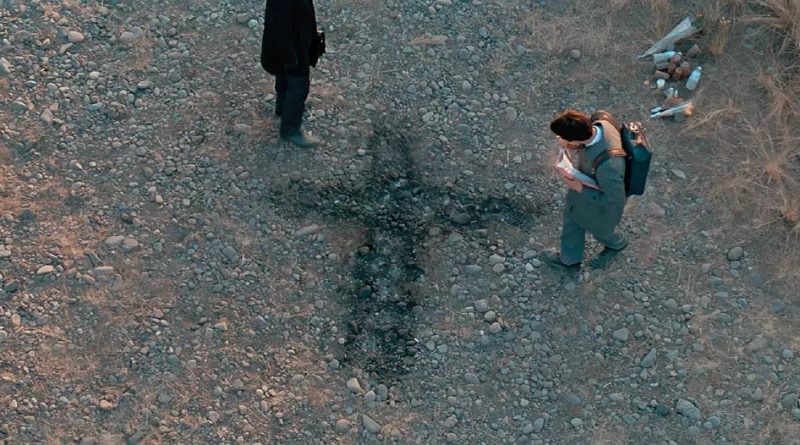 The Third Murder interrogates the elusiveness of truth. Ever the careful observer of psychological complexities, Japanese writer/director Kore-eda Hirokazu probes nothing less than life’s existential challenges in The Third Murder. Taking an unconventional approach, the exploratory narrative begins in the opening scene with a second, brutal murder. We’ll soon learn that the victim, a dishonest factory owner, was allegedly killed by an ex-worker with a previous, similar conviction. Continue reading…

Misumi Takashi immediately confesses, and there seems little reason to doubt him. Nevertheless, his defense team of lawyers question his motives, hoping to exclude the death penalty if they can eliminate robbery as a motive. Rashomon style, the film’s two hours pursues the subjective limitations and philosophical beliefs of each embroiled character: an ex-wife, an estranged daughter, a misanthropic lawyer who asserts some people should never have been born and Shigemori, a lawyer who objects to such attitudes.

Shigemori anchors the inquiry as the case goes to trial amidst contradictory details. Is daughter Sakie, who can cry at will, lying? Did wife Mizue pay for her ex-husband’s murder? Was the victim mislabeling food? Raping his daughter? Was Misumi’s confession coerced? Genuine? Is he content sentenced to prison for life, saying “You have to ignore a lot to live on the outside”? Is the judge rushing to conclude the trial to maintain his reputation, a judicially economical move? Do we want to avert our eyes from the truth?

We welcome so many films that provide clear, simple answers to human behavior, especially criminal activity. By contrast, The Third Murder offers an exquisite, exacting contemplation of the elusive nature of truth. Kore-eda’s complex, thoughtful consideration is profound. Yakusho Kôji as Misumi and Fukuyama Masaharu as Shigemori deliver astonishing performances. Cinematographer Takimoto Mikiya uses close-ups and reflections, the last composition breathtaking in its framing. With a tantalizing title, The Third Murder is one of the best films of the year.