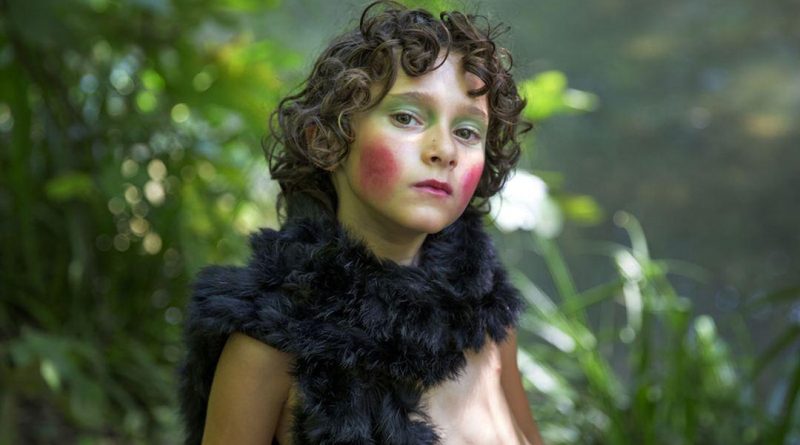 Unhurried, poignant, and extremely naturalistic, Catalan filmmaker Carla Simon’s debut feature “Summer 1993” tells the story of 6-year-old Frida (Laia Artigas), whose world is turned upside down after her mother’s death. She leaves their home in Barcelona to go live with her uncle, aunt, and young cousin in the countryside; they welcome her with love, but the transition period isn’t easy for any of them. Continue reading… Based on Simon’s own childhood, the film expertly captures the way some children handle big, scary changes — sometimes they behave as though nothing extraordinary has happened, and other times they act up and lash out, not even really knowing why they’re doing it. Artigas is wholly believable as Frida, who explores her new home — and tests her new limits — with a mix of watchfulness, hope, and deliberate defiance. As her preschool-aged cousin, Anna, Paula Robles is also genuine; the scenes of the two girls playing and interacting together have a documentary-like feel.

Underlying everything Frida is dealing with is the fact that her mother died of AIDS (it’s never said explicitly, but the age-appropriate description of her illness delivered by Frida’s Aunt Marga makes the cause clear). Some of her new neighbors fear Frida as a result, worried that she’ll somehow spread the disease to them/their children. Simon addresses all of this through Frida’s eyes; her confusion and pain at the others’ discomfort around her has all the more impact because she has no idea where it’s coming from. And when she hesitantly asks Marga (played with nuance by Bruna Cusi) about death, it’s clear that she’s battling her own big, scary fears, too.

Simon delivers a tender, empathetic film about the challenges of being a young child who’s completely at the mercy of adults — even those who are acting in your best interests and love you unconditionally. Frida is no angel, but she’s unquestionably authentic, and her aching vulnerability will win you over. Betsy Bozdech

Kristen Page Kirby: Kids often hear very little, but often manage to miss nothing. In Summer 1993, director Carla Simon nails exactly that — her protagonist, young Frida, is often off in a corner or just around a doorway, listening to the adults discussing her situation. It’s clear she doesn’t understand all the words (virus, orphan), but she knows that the grownups are talking about her and she knows she doesn’t necessarily like it. Summer 1993 captures in lush and vivid colors what it’s like to be a child in a situation that surpasses a child’s capacity to really understand. The film uses gaps in time and language to mirror what’s missing in Frida’s mind, which enables the audience to more authentically empathize with her experience. It would be easy to say that it’s a movie about grief and love and loss — and it is — but what Summer 1993 does best is represent what it’s like to be a child.

Nell Minow: The intimacy of the story-telling here is deeply moving. Director Carla Simon created space for performances of truly extraordinary naturalism from everyone in the cast, especially the two young girls.

Marilyn Ferdinand: Grieving children are at the center of some of the most moving, honest films ever made, including Jacques Doillon’s Ponette and Carlos Saura’s Cria Cuervos. Now Catalan filmmaker Carla Simón adds her carefully observed take to the mix with her autobiographical story dedicated to her mother Neus. Summer 1993 focuses on six-year-old Frida, orphaned after the death of her mother, who leaves her city home in Barcelona to move in with her mother’s brother, his wife, and their four-year-old daughter in the country. Simón strategically shoots the beginning of the film largely through the eyes of Frida, helping us to empathize with her disorientation, her jealousy toward her cousin, and her unresolved grief. Simón’s delicate, patient work with her child actors brings out the poignancy and everydayness of learning why we die and how to live with loss. The summer of 1993 was memorable to Simón, and through her artistry, a gift to us all.

MaryAnn Johanson What an absolutely extraordinary film! Brava to Carla Simón who, with her feature debut, crafts a beautifully delicate and sensitive portrait of a child’s grief as inarticulate, incoherent torment. Her young star, Laia Artigas, gives what must be one of the greatest child performances ever, her still face and sad eyes somehow speaking volumes of pain and confusion. There is huge humanity here, an abundance of patience and kindness the likes of which are all too rare in the stories we tell.

Esther Iverem: The intimate journey we take with little Frida in “Summer of 1993” reminds us of what is unformed and fragile in childhood, and the maturity and compassion required to separate adults from children in most of the world. This is up-close, unflinching and unsentimental filmmaking by Carla Simón and stellar acing by newcomer Bruna Cusi.

Sandie Angulo Chen: Catalan writer-director’s Carla Simón autobiographical film Summer 1993 is heartbreakingly beautiful. Drawing from her own experiences as a young orphan who lost her parents to AIDS, Simón’s story follows 6-year-old Frida (played by 10-year-old Laia Artigas) as she’s moved from her hometown of Barcelona to the countryside to live with her uncle Esteve (David Verdaguer), aunt Marga (Bruna Cusi), and preschooler cousin Anna (Paula Robles). Artigas, who’s in virtually every scene, is a revelation as lonely, longing, and confused Frida, who understandably pushes away her adoring little cousin and her put-upon but loving aunt. The word AIDS is never said, but it’s there, looming over small moments like Frida’s visit to a physician or her Catholic grandmother’s muttered asides about how many bad decisions Frida’s mother made. Frida’s story is quiet — not a lot happens, plot wise — yet still utterly riveting. This is a painful and powerful film about grief, fitting in, and family.

Jennifer Merin Summer 1993, Catalan filmmaker Carla Simon’s poignant debut feature, Summer 1993, is Spain’s 2017 Oscar nominee for Best Foreign Film. The narrative is about six-year-old Frida, who is sent to live with relatives in the country after her mother dies of AIDS. In a very quiet, loving, insightful way — and without overplayed emotional notes or bouts of excessive drama — Simon explores Frida’s understandably difficult period of adjustment as, bolstered by the efforts of compassionate adults to ease her trauma. the child grapples with the changes in her life and bonds with the young daughter of the family who’ve taken her in. In her acting debut as Frida, ten year old Laia Artigas captures your heart.