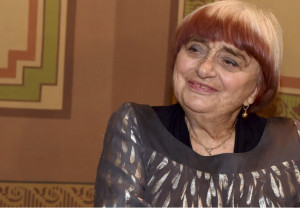 Cannes Film Festival 2018 Jury Chair Cate Blanchett and Palme d’Or-winning director Agnes Varda stood among 82 women in film who gathered on the red carpet at the Lumière Theater to protest the 71 year old festival’s exceptionally poor record on inclusion of women in all areas of festival programming, and demand greater equality for women in the film industry. Also at Cannes, the Jessica Chastain-led spy thriller 355 scores a big deal with Universal Pictures. And, Reese Witherspoon’s Hello Sunshine media company is joining with AT&T and Fresh Films to create the AT&T Hello Sunshine Filmmaker Lab for teenage girls. Continue reading on THE WEEK IN WOMEN.