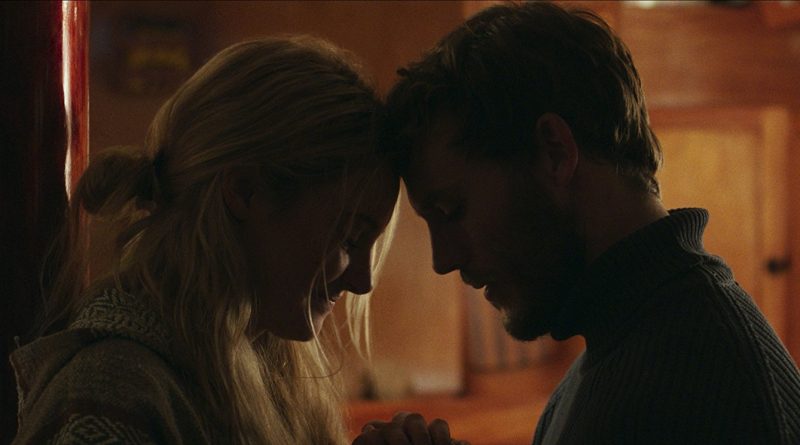 Shailene Woodley’s breakout role as the spunky oldest daughter of George Clooney in The Descendants (2011) has proven her acting abilities aren’t a one-off—in fact she’s been sailing along quite nicely in Hollywood, with blockbuster films under her belt such as The Fault of Our Stars (2014) and the award-winning TV series Big Little Lies. In the ultra physically challenging role of Adrift her performance now clearly ranks her among her fellow A-list actors. Here she plays Tami Oldham in the harrowing true story of she and her fiancé, Richard Sharp’s (Sam Claflin) journey from Tahiti to San Diego aboard a 44-ft yacht, their dilemma—Hurricane Raymond, which garnered 40-ft. waves and 140 knot winds with only a few weeks into their voyage. The trailers tell us Richard is severely injured with a broken leg and ribs—(I’m not giving out any spoilers here), thus promoting Tami from skipper to captain for their survival—and, to carry the bulk of the film. Continue reading…

And carry she does—as Robert Redford in All is Lost (2015) and director Ang Lee’s Life of Pie (2012) both sea-storm films of survival, Woodley is solo in her fight against nature; her strength, determination, and skill depend on it. Amazingly she appears natural in the role as if she does have experience in and around a large sailing yacht; I’m not convinced a crash sailing course could actually teach the agility and finesse she credibly displays. The good news here, as opposed to the above films, is the human companion feature—ok, hang on, the tiger as portrayed in Life of Pi just might qualify as a companion; although Redford is clearly solo. As viewers, we do hear dual human dialogue (of which needed to be a bit more in-depth), offering a sigh of relief, as we witness the power of love and resilience of the duo in action.

The movie is based on Tami Oldham’s memoir of the incident titled Red Sky in Mourning: A True Story of Love, Loss, and Survival at Sea—which brings us to questions of adaptation, and of possible spoiler concerns. Most of the details in the script are based on actual facts, other than the fact that in real life, Richard was lost at sea immediately when the hurricane hit, he tethered himself above and ordered Tami to stay below deck; unfortunately, Tami was slammed against a wall gashing her head and past out. When she awakened 27 hours later, Richard was nowhere to be found. Those who have read the book or know the story I’m certain have questions about why Richard is alive in the trailers and is speaking with Tami throughout the film—perhaps Richard is a figment of her imagination as she did suffer a significant blow to her head.

Iceland director Baltasar Kormákur is no stranger to survival films, (Everest 2015) centers on the 1996 Mount Everest disaster that occurred on May 10 and 11 of 1996, eight people were caught in a blizzard and none survived during their attempts to descend from the summit. In Kormákur’s 2012 film The Deep, a documentary on a lone survivor of a capsized fishing boat off the Icelandic coast also centers on survival; it was Iceland’s Oscar nominee in the documentary Academy Award category. Kormákur’s experience amplifies the film’s tone as he and cinematographer Robert Richardson choose underwater camera shots and positions that replicate the tragedy accurately; it’s tough to see distressed scenes of any person half-submerged; treading water as their traumatized body fights for survival. What’s interesting to note is that the majority of the intense survival films have male leads; it’s refreshing to see a female in the lead role—and one that is not as physically skilled, let’s remember that Tami’s sailing skills aren’t as perfected as Richard’s.

The constant flashback technique works only to a certain extent. One minute we’re in survival mode and the next we flip to a romantic, playful scene between the pair. The dramatic, harrowing scenes should have continued on longer rather than cutting back to happy times as the toggling back and forth does lessen the intensity of the drama at hand. Also, Claflin after the incident can’t stand due to his injuries, thus he’s taken on another physically impaired role as in (Me Before You, 2016) (he played a wealthy paralyzed Londoner), while his narrative is relatively bland and generic. All and all, Woodley and director Kormákur save the film as it’s worth checking out on the big screen.

The Bottom line? Technically, here’s a film to be appreciated for its cinematic story-telling and the excellent performance by lead actress Shailene Woodley in the most challenging performance of her career.