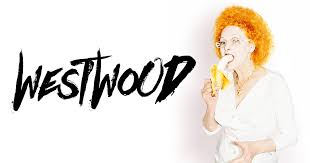 Westwood: Punk, Icon, Activist, Lorna Tucker’s documentary of British punk fashion designer Vivienne Westwood, profiles a remarkable woman whose successful career grew out of her roots as a founder of the punk rock movement. Tucker introduces us to a true rebel, whose fashions are infused with both punk style and her own political activism, a woman who is as bold and cutting-edge in her 70s as in her 20s. Continue reading…

Tucker uses archival footage and interviews to trace Westwood’s surprising life, as a woman who has reinvented herself more than once while still remaining true to inner being. From a conventional wife and mother, she reinvented herself to as a founder of the British punk rock movement along with her second husband Malcolm McLaren, a founding member of the Sex Pistols, to remake herself into a high-fashion designer and fashion design teacher.

Political activism and disrupting the status quo was always part of the punk rock movement, something Westwood expressed through her outrageous clothes designs. But when she noticed that her punk fashions were being adopted by the mainstream culture rather than breaking and disrupting it as she intended, she made the decision she should get the credit for the fashions she created, launching her on a new career.

Success did not come easily, and the documentary reveals a woman of enormous will and independence as well as boundless originality. Vivienne Westwood herself describes this journey with a kind of nonchalance, as if it were all so ordinary. Among the most enjoyable parts of the film are interviews with Westwood, with Vivienne resisting the interview process and often moaning that no one is interested in THAT – which is both funny and strangely charming.

On screen, Vivienne Westwood, now in her 70s, is undimmed and exerts the kind of rebellious charm and sass that you also get from interviews Annie Lennox and Helen Mirren – a self confident older woman who says what she thinks, does what she wants, and does not put up with any sh** (the only authentic way to put Westwood’s attitude). Meeting her on screen is bracing, original, seductive.

Her originality is reflected in how she lives, how she dresses – both outrageous and surprisingly beautiful – and in her concern and commitment to environmental causes. The film gives us insight on her current work, collaborating creatively with her third and younger husband Andreas.

WESTWOOD: PUNK, ICON, ACTIVIST is an enjoyable glimpse inside the world of a unique creative force and personality, a gutsy indomitable woman who insists she live her life on her terms.