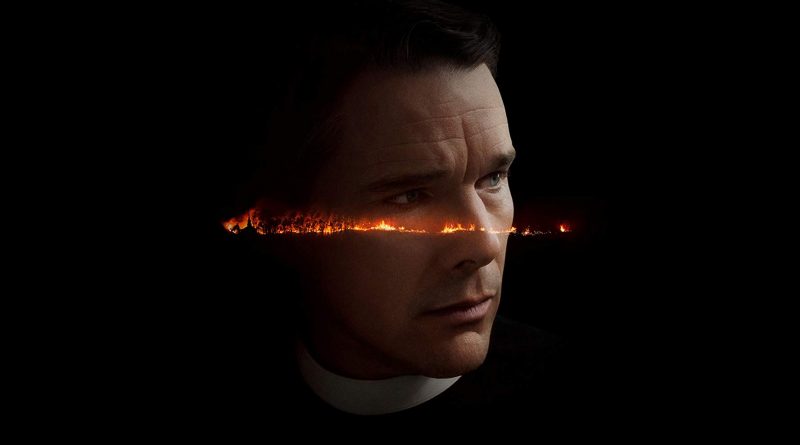 Basically, it’s a tourist attraction, run under as an adjunct of Abundant Life, a larger Protestant mega-church, headed by charismatic Pastor Joel Jeffers (Cedric the Entertainer).

When one of Rev. Toller few parishioners, Mary (Amanda Seyfried), asks him to counsel her troubled, environmentalist husband Michael (Philip Ettinger), he discovers that Mary’s pregnant and Michael is urging her to get an abortion because he feels it’s immoral to bring another child onto this decaying, doomed planet.

“Can God forgive us for what we’ve done to this world?” Michael asks Toller.

Meanwhile, Barq (Michael Gaston), a wealthy, if corrupt industrialist whose firm is responsible for much of the region’s pollution, is personally sponsoring the 250th birthday and re-consecration of Rev. Toller’s tiny country church. That’s Toller’s external angst.

Internally, Toller, a former military chaplain, suffered the death of his only son which, in turn, led to the dissolution of his marriage. In a moment of loneliness/weakness, he had a brief affair with the choir director Esther (Victoria Hill) which he now regrets.

Made in 20 days for $2.5 million, this is his first film revolving around his own, strict Calvinist beliefs and – midway through – Schrader seems to succumb to his melancholy, sadly ineffectual antagonist’s rambling, naively methodical storytelling. Eschewing subtlety, his points are studiously obvious.

On the Granger Movie Gauge of 1 to 10, “First Reformed” falls to an austere 4, wallowing in anguish and despair. There’s a reason why it was rejected by both Amazon and Netflix.