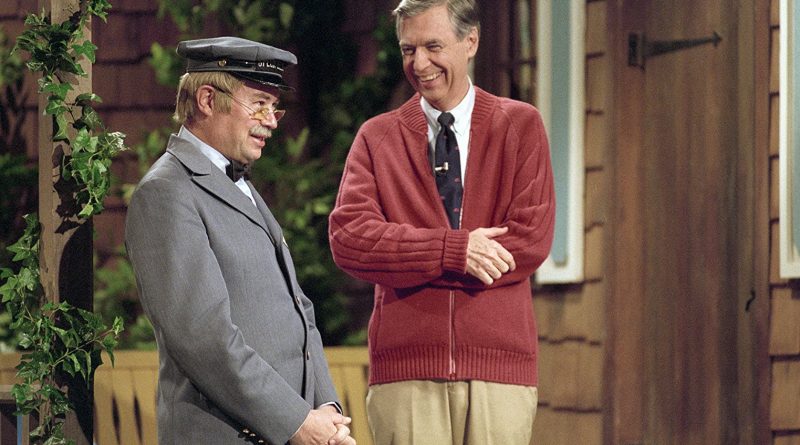 Admittedly, it’s too early to talk Oscar, but I’d be stunned if Morgan Neville’s uplifting documentary about TV’s Mister Rogers doesn’t get a nomination and, perhaps, win. A look behind-the-scenes of “Mister Rogers’ Neighborhood” reveals many surprises. The real Fred Rogers was an ordained Presbyterian pastor who viewed the mass media of children’s television as his ministry. Arriving at the end of the turbulent 1960s, his soft-spoken, yet persuasive message was one of love and kindness. Continue reading…

For more than 30 years, he preached about self-worth which he believed was fundamental to growing up. His leisurely-paced show taught empathetic life lessons, tackling sticky subjects like divorce and death, dealing with dark emotions: fear, anger and jealousy.

Once when a technical glitch halted what they’d planned, he put a tiger puppet on his hand, which eventually became Daniel Striped Tiger, an outlet for his own fears and anxieties.

In response to racial discrimination – namely, Caucasians attacking African-Americans who tried to swim in desegregated pools – he invited Officer Clemmons, who was black, to join him in cooling off his feet in a tub of cool water on a hot day.

“Love is at the root of everything,” he maintained, adding, “All learning, all parenting, all relationships. Love or the lack of it. And what we see and hear on the screen is part of what we become.”

That’s why he was so upset about the proliferation of frenetic, violent children’s TV.

Off-screen, cardigan-clad Fred Rogers (1928-2003) was married to Joanne; they raised two sons, John and James, who share their recollections, including, “His inner child never really went away.”

FYI: Rogers was a lifelong Republican. In 1969, when the Nixon administration planned to cut funding, his impassioned testimony to the Senate subcommittee, saved Public Broadcasting. And, next year, Tom Hanks stars in a Mister Rogers biopic, “You Are My Friend,” based on Tom Junod’s 1998 Esquire profile.

On the Granger Movie Gauge of 1 to 10, “Won’t You Be My Neighbor?” is an illuminating, insightful 10, a timely film to treasure.