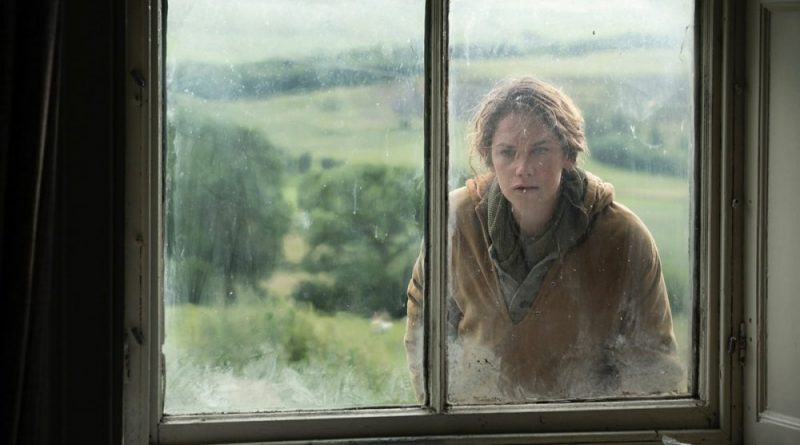 Clio Barnard gives us a glimpse into the hard life of sheep farmers in Yorkshire through the eyes of a woman who returns home to the sheep ranch where she grew up after a fifteen year absence. Alice (Ruth Wilson) works as a sheep shearer for hire, having left home young and never returned. When she learns of her father’s death, her strange reaction to the news immediately raises the question of abuse in our minds, a suspicion quickly confirmed by flashbacks of a young Alice (Esme Creed-Miles) experiencing sexual abuse at the hands of her father (Sean Bean). Continue reading…

The experiences clearly haunt Alice and have marred her life. Yet, now that her father is gone, she returns to the family farm with plans to run it with the help of her brother Joe (Mark Stanley). When she arrives, she finds the place in poor shape and her brother nowhere in sight, with sheep left to fend for themselves. When Joe returns from a job as a truck driver, he seems surprised to see her and sullenly asks why she didn’t return to care for their dying father when her father asked for her or even for the funeral.

Joe seems puzzled that Alice seems to wants to stay. Alice’s memories of childhood trauma are so great, she can barely step inside the house and instead she moves into a shack for ranch hands. She sets out to help run the ranch and tells her brother that she has applied for the tenancy which will make it her place. Joe brother is dealing with his own demons and, although he has little interest in running the business properly, he resents Alice’s suggested changes. The siblings eventually face off over control of the land, a confrontation with violent consequences.

Clio Barnard, who co-wrote and directed the film, shows a strong commitment to authenticity about this traditional life and the people in this windswept north England landscape. But that authenticity includes thick Yorkshire accents that often make dialog difficult to make out. Barnard crafts an emotional family drama but not everything that happens in the plot makes complete sense. Still, the affectionate look at this difficult traditional life, their love of the land and finally the ties of family has its rewards and even charms, as the characters grapple with their troubled past. Splendid photography of the rolling, rocky landscape, and fine performances by Ruth Wilson, Mark Stanley and Sean Bean make this tale of confronting one’s past worthwhile.