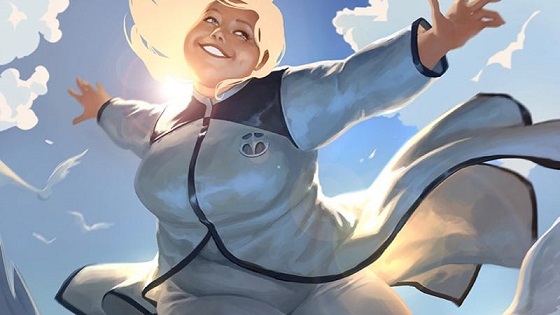 It looks like Hollywood is finally embracing a comic-book heroine who doesn’t look like a voluptuous stick woman with the mold-breaking superhero Faith Herbert, aka Zephyr, set to soar on onto the big screen in a live-action adaptation of Faith, the first prominent plus-sized female superhero to grace the pages of Valiant Comics. Speaking of superheroes, Jessica Jones star Krysten Ritter will make her directorial debut on a Season 3 episode of the Marvel Netflix series. And the Academy of Motion Picture Arts and Sciences boost the percentage of women members with its record-setting 2018 invitations list. Continue reading on THE WEEK IN WOMAN.