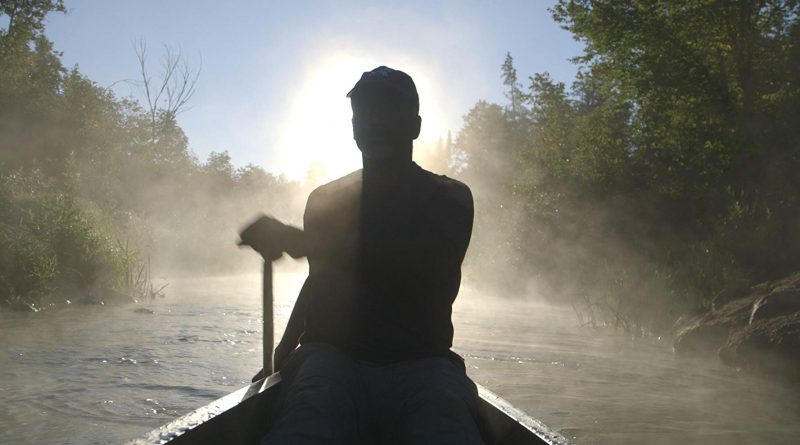 Thirty years earlier, Eddy L. Harris canoed the Mississippi River’s entire 2500 miles from its narrow headwaters in northern Minnesota to New Orleans and the Gulf of Mexico. Now sixty, Harris decides to repeat this epic journey, contemplating how the river and he have changed. He considers history and myth, racism and resilience, poverty and wealth, sacred and environmental themes. Continue reading…

Director/writer Harris begins his film with an inviting Langston Hughes quotation: “I have known rivers ancient as the world and older than the flow of human blood in human veins – ancient dusky rivers – and my soul has grown deep like the river.” Harris then pursues an alternately conversational and philosophical approach. He directly addresses the camera, interviews a range of people along the river, and occasionally interjects black-and-white archival footage of, for example, the 1927 flood that displaced 50,000 people. He’s always pleasant company though his musings remain lightweight, repetitive in their themes and often clichéd: the importance of the Mississippi’s links between past and future, its impact on individuals who work and live on it, and the river as the story of the nation. Individuals interviewed in the northern river areas reappear in the latter half of the trip when new voices would be more welcome. Several important environmental issues receive fleeting mention: the effect of twenty-six dams, pollution on the river’s lower half, and the invasion of Asian carp. We would do well to inform ourselves more about all the topics Harris raises.

Footage by cinematographers Skip Hobbie, John Benam and Neil Rettig does capture the stunning beauty, impressive power and enticing allure of the Mississippi, though slow motion and (again) repeated footage seems unnecessarily reinserted more than once. Nicely, drone footage offers an unusual perspective and the pace encourages reflection. A former St. Louisan, Eddy confesses his love of New Orleans but clearly embraces all the Mississippi River offers. As such, he’s a fine companion for a leisurely trip.