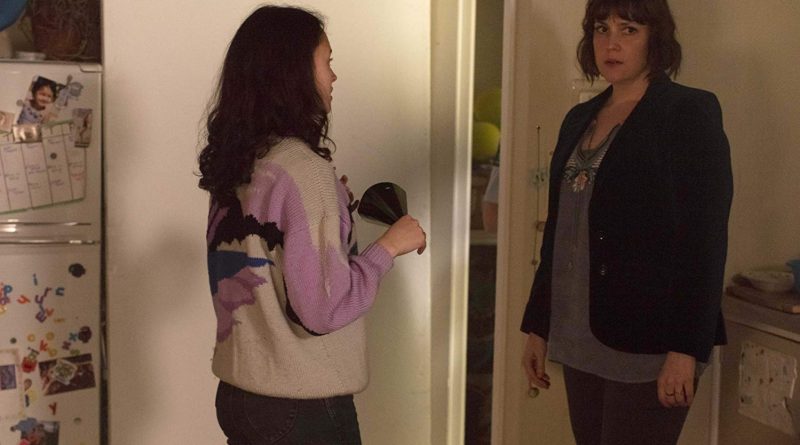 There is an entire generation of people who grew up in Australia and New Zealand with the books of acclaimed award-winning children’s author Margaret Mahy. Many of her most successful novels in today’s parlance fit firmly within the YA category, although at the time she was writing her supernatural novels like The Haunting (1982) and The Changeover (1984), that was not a term popularly employed in that region especially. Recently making its Australian premiere at the Sydney Film Festival after premiering in New Zealand last year and playing festivals in Asia and Europe, The Changeover is a Mahy adaptation well worth waiting for. Continue reading…

With both of these novels winning Mahy the prestigious British literary prize the Carnegie Medal, it is somewhat surprising perhaps that they have received such little attention from filmmakers seeking powerful, popular works to adapt to the screen until now. But updating The Changeover to a contemporary context and retold on screen, the film version – co-directed by New Zealand actor Miranda Harcourt and filmmaker Stuart McKenzie – reveals the relevance of Mahy’s story to audiences today with a unique twist on questions of gender, difference, and power.

The film follows Laura (Erana James), who lives with her mother and young brother Jacko (Benji Purchase) in the New Zealand city of Christchurch. Just as Christchurch itself is marked by the visible scars of the earthquakes that brutalised the city in February 2011, Laura and her family are indelibly stained by the recent death of Laura and Jacko’s father. When Jacko goes missing, Laura is forced to come to terms with her status as a witch in order to save him from a terrifying older man who had been stalking the two young people, her transformation marking the “changeover” of the film’s title.

At first glance, The Changeover might be mistaken as a color-by-numbers YA supernatural romance: certainly the high cheekbones and supposedly sexy gloominess of love interest Sorensen Carlisle (played by Nicholas Galitzine) has more than a whisper of Twilight-era Robert Patterson to him. But this swiftly is put into context – this is far more than just a goth-boy crush, as his practical purpose is soon revealed to be putting Laura in contact with his mother and grandmother, played by Xena’s Lucy Lawless and Kate Harcourt. They are witches who will lead her to the path where she will not only be able to save her brother, but flourish in her true identity as a witch herself.

All of this is up against the seemingly omnipresent patriarchal power of the film’s monstrous Carmody Braque, played to perfection by renowned British character actor Timothy Spall. His villainy is framed less through his supernatural powers than by the more ubiquitous stranger danger trope, the threat he poses to Jacko initially framed less as a powerful wizard than the more of-this-world horror of a paedophile. While Spall and Lawless in particular bring great depth to the material, the film is carried almost wholly by the remarkable performance of young Māori actor Erana James, who here seems to make her continuing rise as one of New Zealand’s most promising young actors almost unstoppable.

The Changeover is a fun movie, but its driving themes of male monstrosity and the desperate need for women to unite to transform their power into a conquering force is hardly a subtext: it verges at times, especially in the conversations between Laura and the witch-matriarchs of the film, on an all-out manifesto. This is an old story which has appealed to young readers in Australia and New Zealand for many decades, retold here with an urgency and poignancy of immediate relevance to viewers all over the world.