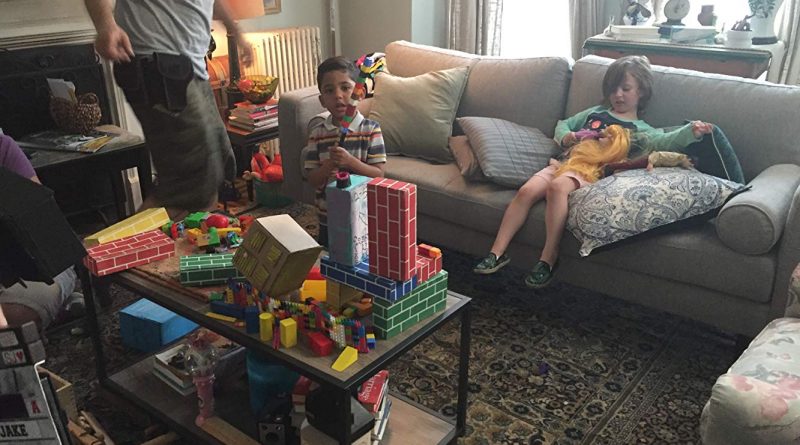 Desperate to transfer Jake from a city elementary school to a private educational institution and seeking scholarship aid, they face one roadblock after another during crucial Admissions interviews.

Fortunately, they’re counseled by an observant friend, Judy (Octavia Spencer), director of the pre-school that Jake currently attends. She suggests that they emphasize Jake’s “gender nonconforming play” in their applications, hinting that it might be a ‘diversity’ ploy, working to their advantage.

Indeed, while shopping for a Halloween costume, Jake asks: “Why can’t I be Rapunzel?”

Although Jake’s best friend, Sanjay (Rhys Bhatia), the son of Alex’s BFF Amal (Priyanka Chopra), accepts him as he is, other kids have begun to bully him, calling Jake “flag,” a mispronunciation of the word “fag.”

Frantic Alex steadfastly refuses to place a label on Jake’s developmental behavior, yet analytical Greg seems ready to recognize his son as transgender. A rupture begins to grow between them. Eventually, the question of nature-vs-nurture is raised.

There’s a somewhat unnecessary subplot in which Greg works with a female patient (Amy Landecker), and Alex’s abrasive mother, Catherine (Ann Dowd), adds to the angst.

Adapted by Daniel Pearle from his own 2013 play, it’s directed by Silas Howard, who has become indelibly identified with the trans community, helming three boundary-shattering episodes of Jill Soloway’s TV series “Transparent.”

According to Octavia Spencer, “There’s a huge community that will benefit from projects like this – and I felt I needed to lend my name and learn from it.”

On the Granger Movie Gauge of 1 to 10, “A Kid Like Jake” is a detached 5, veering way off-balance.