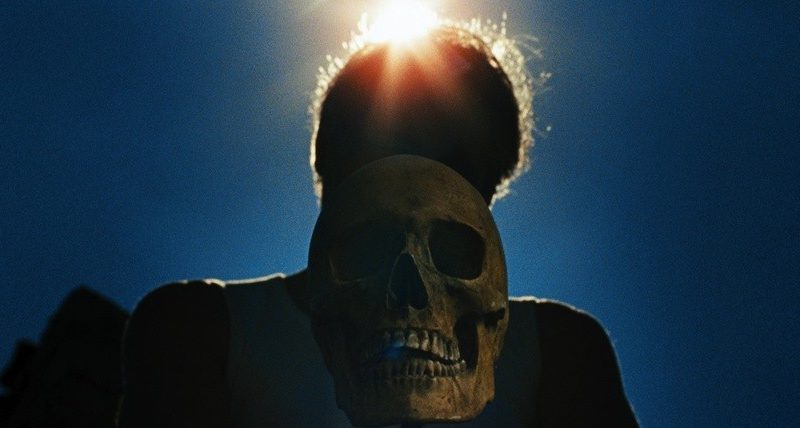 Fiercely independent and untouched by the often-fickle trends of the festival circuit, Belgian-based filmmakers Hélène Cattet and Bruno Forzani make movies that few are indifferent to, for better or for worse. Renowned for their so-called neo-gialli – contemporary reworkings of the Italian sex-and-horror genre made famous by filmmakers like Dario Argento, Sergio Martino, and Mario Bava – their earlier features Amer (2009) and The Strange Color of Your Body’s Tears (2013) make little effort to disguise their affection for the famous earlier category in films drenched with crisp, vibrant jewel colors as much as blood and gore. Continue reading…

Across these features and their many short films, if there’s one criticism lobbied against the work of Cattet and Forzani it’s a criticism of style over substance. For those who cherish their work, however, this is precisely the point: like those masters of Italian horror whose themes and iconography they so playfully experiment with, Cattet and Forzani’s ultimate goal is aggressively disconnected with anything as obvious as character development, dialogue or narrative. Rather, what they unrelentingly seek is a physical response from their viewer: their mission fascination as artists is driven by a desire to provoke the sensorium, privileging it over the intellect or emotional receptors we link so traditionally to orthodox film viewing experiences.

In practical terms this manifests in often loosely structured sequences of scenes that are more often than not deliberately opaque – even ambivalent – in how they are to rationally connect. This is replaced by what is instead a relentless fascination with the body: both ours as spectators as we shiver and shudder at sometimes shocking or deliberately provocative imagery, and by those on screen in the form of the men and women who find themselves under Cattet and Forzani’s cinematic microscope.

Their most recent feature Let the Corpses Tan superficially at least finds the husband-and-wife team turning away from the giallo iconography upon which their reputation is so closely associated, and turning instead towards Spaghetti Westerns. Based on the novel Laissez bronzer les cadavres by Jean-Patrick Manchette and Jean-Pierre Bastid, the narrative itself follows a group of gold thieves who find themselves at the isolated, decrepit house of a woman artist called Luce who has problems on the romantic front to deal with. Played by the great Elina Löwensohn, it is unquestioningly a return to cult film form for the 90s screen icon famously linked to director Hal Hartley and some of his most memorable films such as Simple Men (1992) and Amateur (1994). More recently, Löwensohn has collaborated with French director Bertrand Mandico on a number of shorts and his 2017 feature The Wild Boys.

Like Mandico, it’s not that Cattet and Forzani privilege style over substance exactly, but rather that the style is the substance. These are not films that can be understood through a plot synopsis: rather, it is the fundamental experience of watching Let the Corpses Tan in particular that renders it so powerful experience for their many fans (and such a challenging one for those who remain disconnected from their mission). Uniting soundtracks from key Italian film composers like Ennio Morricone with their sun-drenched, shoot-out-heavy reimagining of the Italian Western, Let the Corpses Tan is a sensual experience in every sense of the world.