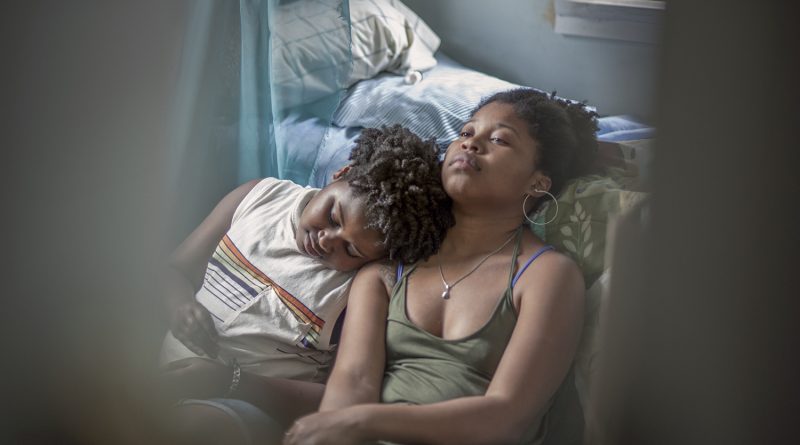 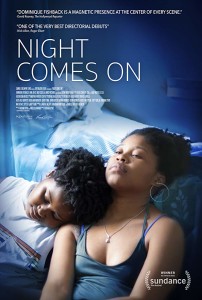 Angel is released from juvenile detention just before her 18th birthday, with only one goal in mind: punishing her father for her mother’s death. But first she has to find him, which means going to visit her younger sister, Abby (Tatum Marilyn Hall), who’s living in foster care. Abby promises to take Angel to find their father, so the girls set out on a long bus ride to the beach. Unsurprisingly, not everything goes as planned — but moments of beauty and peace balance out those of tension and frustration.

Fishback and Hall are impressive as Angel and Abby; their reactions and interactions feel real. Fishback in particular proves that she’s a talent to watch in every one of Angel’s silent, solo scenes: She doesn’t have to say a word to make her emotions clear. The times that her tough facade slips — when she’s let down by her girlfriend, or when she dreams of her beloved mother — make her character even more sympathetic.

Spiro proves that she understands actors (not surprising, given her long history on the other side of the camera) in the way she films those moments, giving Fishback room and time to work through Angel’s feelings. And the script, which Spiro co-wrote with Angelica Nwandu (founder of The Shade Room), is both heartfelt and realistic. It’s easy to see why Night Comes On was a hit at Sundance, winning the festival’s NEXT Innovator Award. Everyone involved is worth watching, both here and in the future. — Betsy Bozdech

MaryAnn Johanson What an absolutely astonishing debut from Jordana Spiro! A unique coming-of-age story that couldn’t be more beautifully observed even as it navigates the very ugly things that her damaged heroine, Angel, is trying to cope with. Extraordinary performance, too, from Dominique Fishback as Angel, as she finds hope in places she never expected.

Marilyn Ferdinand: When a person has gone through a trial by fire, it takes water to douse the flames. In Night Comes On, 18-year-old Angel Lamere (Dominique Fishback) dreams of water in the opening scene. But it will take more than a dream and the two-minute shower she is allowed before being released from a juvenile detention facility to beat back the heat of her anger. Her first act upon release is to get her hands on a gun to kill her father (John Jelks) for murdering her mother (Nastashia Fuller), and not even the needs of her 10-year-old sister Abby (Tatum Marilyn Hall) can sway her from her mission. Debut director Jordana Spiro and first-time screenwriter Angelica Nwandu have given us a poetic, heartbreaking film that tells so much about these sisters and their lives with economy, power, and limitless amounts of empathy. Cinematographer Hatuey Viveros Lavielle is alive to the beauty, intimacy, and harshness of pain and the will to survive that quietly dance across the sisters’ faces. Fishback’s performance is as good as it gets, and newcomer Hall is a talent to watch. Night Comes On is the ironic title for a film that waits patiently for the dawn.

Sandie Angulo Chen: Writer-director Jordana Spiro’s debut feature Night Comes On is reminiscent of quietly heartbreaking films such as Sean Baker’s The Florida Project, Ava DuVernay’s Middle of Nowhere, and Dee Rees’ Pariah. Dominique Fishback gives a quietly powerful performance as nearly 18-year-old Angel Lamere, who has just gotten out of juvenile detention and has two things on her mind: avenging the death of her mother at her father’s hands and reuniting with her 10-year-old sister Abby (Tatum Marilyn Hall). The drama explores how isolated and removed Angel and Abby are from a healthy and stable situation – something that’s underscored when the sisters briefly go home with a group of suburban girls who have everything they don’t – homes with attentive parents, family photos, food in the kitchen. These are all things these sweet and privileged girls take for granted, but not Angel and Abby. This is definitely not an easy, breezy summer film, but it’s an important one worth watching for the remarkable acting and timely themes.

Jennifer Merin: Night Comes On is the riveting first feature from actress-turned-director Jordana Spiro. The narrative follows Angel, a Black girl who is released from juvenile detention on the eve of her 18th birthday and strives to overcome her harsh personal history and to survive insurmountable adversity to establish a reasonable and meaningful life for herself and her ten-year-old sister, Abby. Dominique Fishback as Angel and Tatum Marilyn Hall as Abby bring the two girls to life with superbly nuanced and authentic performances that are undeniably moving. , who Jordana Spiro co-wrote the smartly-crafted screenplay with Angelica Nwandu. The superb film premiered at the 2018 Sundance Film Festival, where it won the NEXT Innovative Award for Jordana Spiro.

Pam Grady: Sisters have endured the worst kind of tragedy in their young lives in Jordana Spiro’s evocative, character-driven feature debut. Ten-year-old Abby (Tatum Marilyn Hall) maintains her childish innocence, despite a less than ideal situation in foster care. But violence, molestation, and incarceration have robbed Angel (Dominique Fishback) of the capacity to feel much of anything beyond the festering anger she feels toward the person she feels responsible for her situation. As Angel’s 18th birthday approaches, Abby wants to do something special for her sibling, while Angel has darker plans. It is that sisterly bond that is at the heart of this drama. Fishback and Hall are terrific, the warmth between the sisters palpable, even as the stark differences between them are revealed in every scene.

Esther Iverem: Night Comes On may not seem like a complex movie as it follows an 18-year-old, newly released from juvenile detention with a singular obsession to commit a new crime. The complexity comes, though, in the remarkable performance by Dominique Fishback, who carries the story on her back and offers an interpretation of life for society’s young and disposable.

Cate Marquis As bleak as the world appears for the sisters, the film does not go in expected directions, and their bond offers the chance for hope that does not seem on the horizon at the start. The combination of the strong lead performances, an boldly honest script and the director’s subtle hand makes this family drama worth seeking out. Read full review.