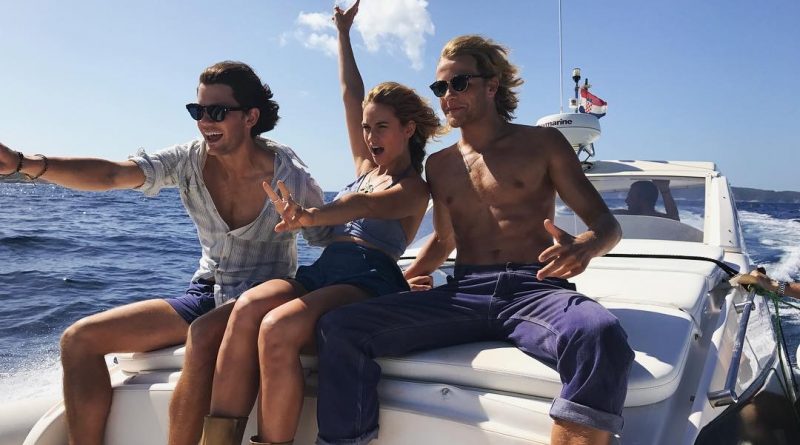 Mamma Mia! Here We Go Again! is more fun than fine. One does not attend a viewing of anything with the words “mamma” or “mia” in the title in order to study psychology or botany. One goes because of the blue, blue sea of Greece. Or the camaraderie of the girls’ band. Or the romance of the young, but especially of the old. One goes for fun in the sun with the music of ABBA accompanying every step. Continue reading…

To tell the story of the sequel of Mamma Mia, based on the musical, originally conceived by Judy Craymer, is to extol the virtues of the six writers of the screenplay. However, one asks, are they going to tell the backstory of Sophie’s pregnancy by three men? And for that matter, as long as inquiring minds want to know, are they going to insinuate that great revolutionary song, “Fernando,” into this sequel when writers couldn’t manage it for Mamma Mia, the film version of 2008. Well, friends and fans, the writers, including the great Richard Curtis, do it. And you know that the minute you see Andy Garcia appear.

The writers flip between present day, when Sophie, daughter of Donna of Donna and the Dynamos, is trying to open a hotel in her mother’s dream spot. Sophie invites her three dads and her mother’s old friends Tanya and Rosie to join her in celebration. But things go wrong and things flash back, and we have parallel plots that really don’t matter: they’re just the mesh enfolding the sound of ABBA.

Within that mesh are some good sneakily good performances, starting with Amanda Seyfried and Lily James and including the delicious Julie Walters, who knows how to milk comedy, and Cher, who knows. Good performances end with Pierce Brosnan, who never should have been cast as Sam in the first place, and, in the second — one word: Spanx, man.

The music is what matters, of course, and ABBA does not disappoint nor does the choreography of cartwheels through orchards.

Mamma Mia! Here We Go Again! does not attempt to jump the hurdles of cinematic cinderpaths. It succeeds brilliantly.