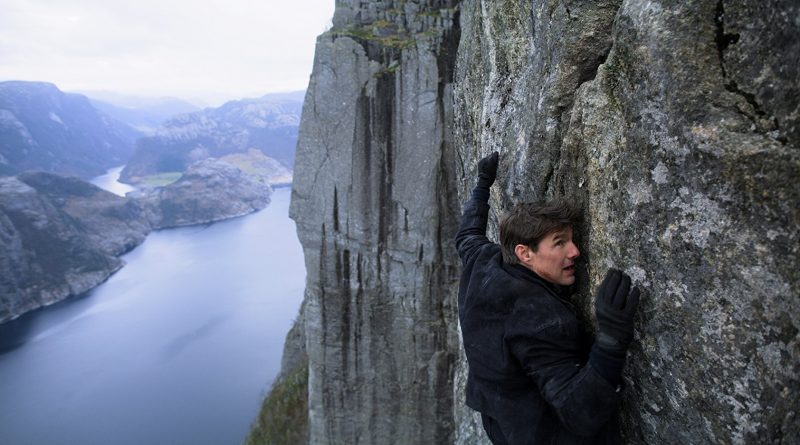 After 22 years, this sixth installment of the escapist spy fantasy “Mission Impossible” continues to deliver sheer fun, thanks to charming, charismatic Tom Cruise. It begins as IMF Agent Ethan Hunt (Cruise) receives an assignment to take out the Apostles, an evil syndicate of international anarchists who are determined to terrorize the world, causing chaos by detonating three nuclear bombs in Jerusalem, Mecca and the Vatican. Continue reading…

After capturing radical Solomon Lane (Sean Harris), their challenge is to obtain the plutonium cores from an arms dealer, the White Widow (Vanessa Kirby), and find mysterious John Lark, who wrote the nihilistic manifesto, claiming “the greater the suffering, the greater the peace.”

Kudos also to stunt coordinator/second-unit director Wade Eastwood, who masterminded feats like Cruise’s racing the wrong way ‘round the Arc de Triomphe on a BMW R-nine motorcycle with 70 stunt drivers in pursuit, climbing onto an open helicopter in midflight and dangling off the side of a cliff.

FYI: For the opening HALO (high-altitude, low-opening) skydive over Paris, Tom Cruise jumped more than 100 times out of a Boeing C-17 Globemaster III at 25,000 feet; it was actually filmed in the United Arab Emirates by a skydiver with a camera mounted on his helmet. And if you ever question 56 year-old Cruise’s daredevil authenticity, check out his hilarious skydiving challenge to late-night TV host James Cordon on the web.

Full disclosure: My son, Don Granger, is an Executive Producer of this film.

On the Granger Movie Gauge of 1 to 10, “Mission Impossible: Fallout” is a full-throttle 10, an intense action-adventure thrill ride.