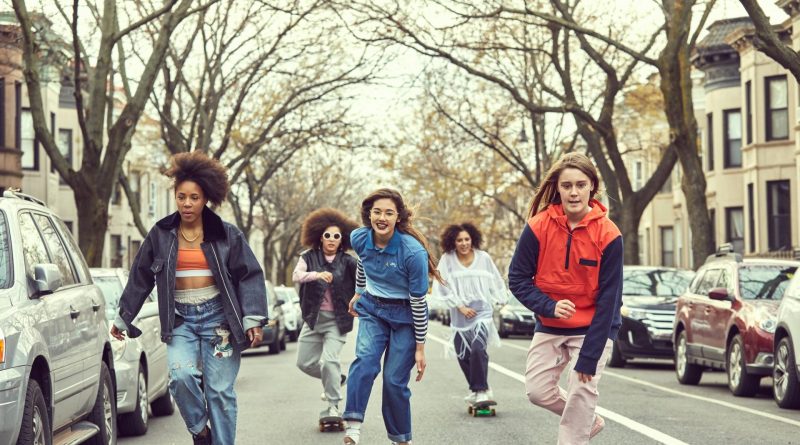 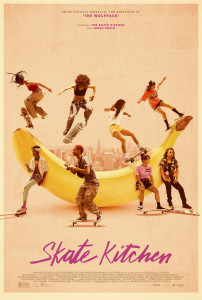 When we hear someone mention skateboarders, we often picture a group of young guys, trying to top each other with bold new gravity-defying tricks. But writer/director Crystal Moselle shows us a crew of skateboarder girls who are every bit as brash and every bit as good as the guys in Skate Kitchen. Moselle found success at Sundance with her documentary The Wolfpack, but this is her first narrative feature. Continue reading…

For her film about a Lower East Side crew of female skateboarders, Moselle cast a group of real New York City skateboarders, with members of the crew known as Skate Kitchen in the lead parts. The story is fictional, but the skate stunts, friendships and banter are real, as is the resistance they face breaking into this male-dominated field. Skate Kitchen member Rachelle Vinberg playing Camille, a sheltered teen from Long Island who sneaks off to Manhattan where she meets up with a street-smart crew of skateboard girls, including friendly Janay (fellow skateboarder Dede Lovelace) and brash Kurt (Nina Moran, also part of the skateboard crew). Jaden Smith plays a kind of love-interest but the rest of cast is packed with real skaterboarders, male and female. The story includes scenes of conflict between the male skaters who resent the girls on what they consider their turf and the girls who won’t back down.

The best scenes in the film are the many skateboarding ones or scenes of the Skate Kitchen crew just hanging out and playing around, whether at the skate park or on the street. The plot is nothing special but the skateborders themselves, with their natural banter, are the real appeal. It is the skateboard crew and the skateboard action that makes Skate Kitchen a charmer.