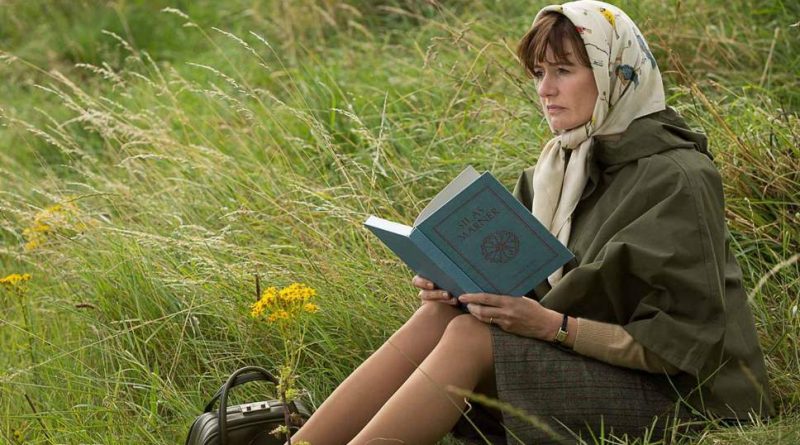 Emily Mortimer, Bill Nighy and Patricia Clarkson in one movie? That is a dream team right there. Despite such a quality cast, however, The Bookshop will likely test the patience of those who require peppier pacing and more compelling drama, even in a well-meaning film set in a British seaside village in 1959. Director Isabel Coixet’s screenplay, based on Penelope Fitzgerald’s novel, focuses on Florence, a young widow (Mortimer) who decides to open a book store in an old damp house in the heart of the community. That is despite protestations by the town’s wealthy grand dame, Violet (Clarkson), who wants to use the same property for a local arts center — and will stoop to any means to get her way.

Devices — such as the erratic use of a narrator (Julie Christie), the near-constant presence of rain showers and a reclusive bookworm (Nighy) who barely leaves his Bronte-esque homestead with its snake-like dead vines clinging to its exterior — only partly succeed in injecting some atmosphere into this rather simple storyline. When Florence decides to start selling the scandalous Lolita, complete with a full display in her front window, one might think that will lead to her store’s demise.

Not quite. As they often do, small towns apparently breed small minds, and the villagers launch a grand conspiracy that we hear about but never really see in action. At least the tension level rises at this point. As for the performances, Mortimer and Nighy share a lovely connection on the beach as he offers to be her white knight, Clarkson is allowed to show her genius as Violet rehearses her reactions right before receiving an incensed Nighy at her mansion. But all the adults are all upstaged by one Honor Kneafskey, Florence’s schoolgirl helper, who does a killer eye roll beneath her atomic cloud of blonde curls.