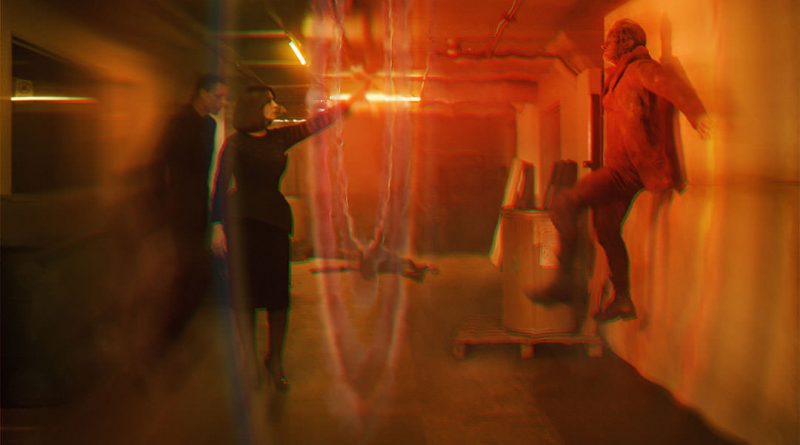 Up from Down Under, look for a stunning performance from iconic French screen legend Monica Bellucci in Nekrotronic, the sophomore effort from Australian horror filmmakers Kiah and Tristan Roache-Turner and their production company Guerilla Films. Nekrotronic stars Bellucci as a corrupt demon-hunter whose turn to the darkside threatens life both online and off, leaving the fate of humankind in the hands of Howard (Ben O’Toole), Molly (Caroline Ford), and Torquel (Tess Haubrich). Continue reading…

With the Roache-Turner’s post-apocalyptic zombie debut film Wyrmwood taking the genre film festival circuit by storm in 2014 after premiering at Austin’s Fantastic Fest, there has been much anticipation regarding their long-awaited follow-up.

Shot in Sydney with the support of Entertainment One, Screen Australia and Create NSW, Nekrotronic also marks a long-awaited return to horror of fan-favourite Bellucci, who made a strong impact on the genre in films including Christophe Gans’s Brotherhood of the Wolf (2001), Marina de Van’s Don’t Look Back (2009), and a small but memorable cameo in Kim Chapiron’s 2006 horror-comedy Sheitan.

Bellucci’s cult film credentials are of course closely linked to her unforgettable performance in Gaspar Noé’s controversial Irréversible in 2002, reinvigorated more recently in 2017 with a hilarious appearance as herself in Series 3 of Twin Peaks in David Lynch’s character Gordon Cole’s recurring dream.

One of the highlights of this year’s Midnight Madness program, Nekrotronic holds all the potential for a classic cult horror film.