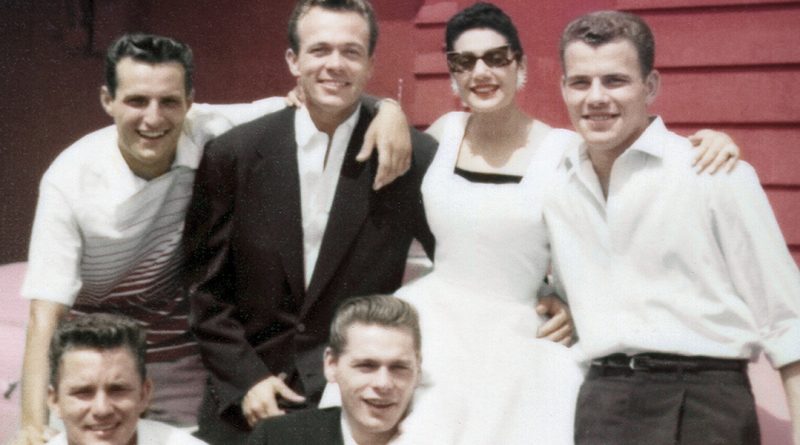 According to him, that motel stayed busy night and day, especially with same sex trysts during the decades when arrests, at worst, or loss of film careers would result if knowledge of such activity became public. In addition, stars’ contracts included morals clauses.

We meet Scotty winding a clock, a flashlight in his mouth, and proceed to his ninetieth birthday party, followed by visits to his incredibly cluttered homes and a rented garage jammed with memorabilia. The metaphors are too obvious to pursue. Throughout the documentary, Scotty speaks often and rambles on as the film does. Scotty makes clear his distaste for the word pimp, often used in connection with his facilitation, because he says he was just a friend introducing individuals to like-minded friends, called by some “sex indulgers.” Others weigh in, notably Scotty’s current wife, his biographer William Mann, Peter Bart (former studio head and editor of Variety), and Stephen Fry who makes the most sense. Of Scotty, Fry says, “All he’s revealing is that they were real, actual people, flesh and blood.”

It is suggested that Scotty’s abuse as a child and his wartime experiences shaped his tolerant attitude, though deep analysis is wanting. Interspersed are archival photographs and movie clips meant to reinforce hidden truths though they are, in fact, wrenched out of context. Scotty and the Secret History of Hollywood assumes interest in finding out about the hidden lives of movie stars, especially their sexual escapades. And yet, by today’s standards, Scotty’s story has much less shock value or newsworthy information than during the years he accommodated requests. The litany becomes repetitive and, frankly, quite dull even if mostly truthful.