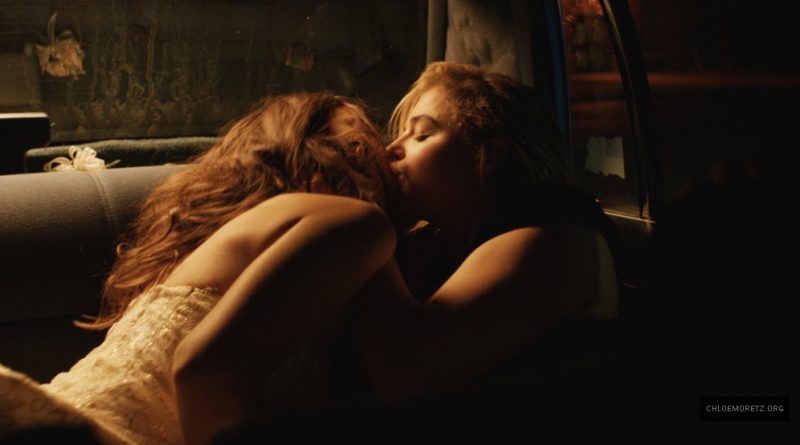 The title The Miseducation of Cameron Post announces quite clearly the message of the film. After teenager Cameron gets caught by her boyfriend making out with a female classmate, her guardians send her to God’s Promise, a religious boarding school that works mightily to guide its residents, called disciples, to a holy path following scripture’s tenets.

It’s 1993 and conversion therapy writ large. As she’s repeatedly told, Cameron struggles with SSA, Same Sex Attraction. Other young men and women, sent there by parents, have similar “problems,” not dissimilar to those of the facility’s Reverend leader Rick. Each resident is directed to draw an iceberg on which they identify the hidden reasons for their difficulties, for example, Cameron has to realize that the positive reinforcement she received for her athleticism confused her gender identity, or so says the particularly brittle Dr. Lydia Marsh, the Reverend’s sister. Predictably, one young man, rejected for his pronounced feminine qualities, attempts suicide. A few individuals try to follow the program, though its misguided tenets are obvious and, in a few brief instances, so silly they approach caricature as with the Blesserize exercise workout routine in praise of Jesus.

Few films focus so explicitly and unswervingly on a single issue as The Miseducation of Cameron Post does. This both helps and hinders the narrative as it bogs down in several scenes that needed more depth of insightful probing. The story relies on reaction shots that provide a wealth of information in a film dependent on dialogue and a constant reassessment of emotions—among and within characters. The actors handle all this with a quiet dignity that registers their knowing looks. As Cameron, Chloë Grace Moretz has a guarded presence that works well to signal her young struggles to assert and protect herself. Jennifer Ehle as Dr. Marsh, Sasha Lane, Emily Skeggs, Forrest Goodluck and others deliver fine, nuanced performances.

Adapting Emily M. Danforth’s novel, director Desiree Akhavan, cinematographer Ashley Connor and editor Sara Shaw have here an accomplished, straightforward drama, one with compassion and honest acceptance for each of us finding and embracing ourselves.