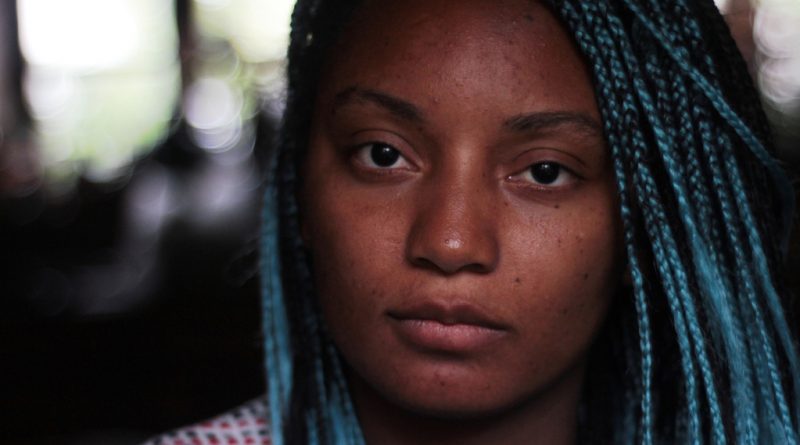 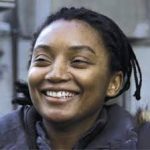 For a debut feature, I Am Not A Witch could be described as bold, even brave, filmmaking. The story of an eight-year-old Zambian girl accused of witchcraft and banished to a witch camp, where she is exploited by the money-grabbing owner, is both visceral drama and intelligent, powerful social commentary. Yet for director Rungano Nyoni, who was born in Zambia before relocating to Wales, UK, as a young girl, it was simply a narrative she felt compelled to bring to an audience.

“When I started writing the story, I wasn’t really thinking about whether it was going to be my first feature,” says Nyoni. “At the time it was the only story I was interested in exploring.”

While Nyoni says that he screenplay for the film evolved during the course of writing, she was always interested in exploring themes centred around “women constrained by their surroundings. It always had something to do with unrealised potential and exploitation. 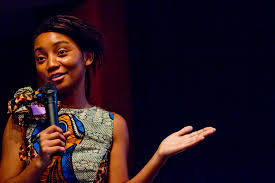 “The story started off with me getting very angry and riled up about something, and I thought that I ought to write about it,” she continues. “When you do that it can be very fruitful, but after a while you realise that you’re writing some kind of argument that you want to win and it becomes dull. All the characters ended up saying things I’ve always wanted to tell people but never could; it was very therapeutic but didn’t necessarily make an interesting script.”

Nyoni explains that when she hit upon the witch camp setting, the ideas and the dramatic potential began to coalesce. “[The screenplay] started off as a collection of short stories and vignettes, and it grew from there. I struggled with that version for a while, because it felt too heavy-handed. The tone felt too earnest. I had a separate idea for a story based in a witch camp for some time, and I combined the two. When I made that choice, it became the perfect setting for the story.”

When it came to tone, Nyoni was clear from the outset that, by leaning towards the absurdist, rather than the didactic, she would be able to make her points without alienating an audience; particularly one unfamiliar with the traditional Zambian beliefs and practices being explored – and exploited – in the film.

“I wanted to make this story absurdist because the subject matter is absurd,” she says. “I researched witch camps and witch accusations, and I found the whole thing quite comical and ridiculous in its blatant misogyny. It has little to do with Africa or beliefs, and has everything to do with how society imposes absurd rules to control girls and women.”

Before embarking on the journey to bring I Am Not A Witch to the screen, Nyoni had made several short films including Mwansa The Great (2011) and Listen (2014). While she says that those experiences helped her reach a point where she could consider a feature, she asserts that they are very different beasts.

“I realised how spoilt you are when you make shorts,” she admits. “On shorts, everything tends to eventually bend to my will. On a feature, you’re just one bit of the cog. I am used to a lot of autonomy in shorts. I have an organic way of working that reacts to whatever happens, but doing a feature is like a machine. Everything has to be explained, pre-determined, organised and there has to be a rationality behind how you do things. Which is sort of anti-creative. It’s something that I don’t think I ever got the hang of!” 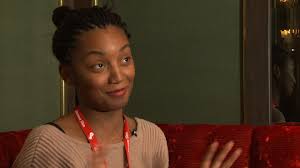 As well as making the giant leap from shorts to features, Nyoni also had to content with the myriad challenges of shooting in Africa. “The Zambian film infrastructure is in its infancy,” she says “The pitfalls for any international production that comes to Zambia is trying to assimilate with whatever works in their country. You really have to have an open mind and a different approach when you shoot here to get the most out of it.

“The great thing is that there is so much enthusiasm,” Nyoni continues. “Lack of experience never scares me if there is drive and willingness to learn. Our casting director for example had zero experience in casting; she was a hotel manager. It took me half a day to explain her role and she took to it very quickly.”

Along with populating many of the feature’s production roles with newcomers, Nyoni also filled I Am Not A Witch’s cast with non-professionals and new talent; including, in the central role, Maggie Mulubwa. The filmmakers says that casting her was one of the easiest decisions she made.

Originally I set the film in Luapula in North Zambia,” she explains. “It’s 10 hours from Lusaka and borders the Congo. We had come out two months before pre-production to scout for locations. The location manager found a peninsular and, on that peninsular, he found Maggie, playing with her friends. He took a couple of pictures of her because he found her interesting. When I saw those pictures, I told him ‘That’s Shula’.”

“When we came back to Zambia for pre-production, I had to change the setting to Lusaka,” Nyoni continues. “We auditioned 900 kids in Lusaka, and I wasn’t that convinced by any of them. Gabriel reminded me of the picture he’d taken, and the team started to work on finding her.”

And, she recalls, technology and tenacity played their part in tracking Mulubwa down. “We contacted the local Chief, and WhatsApped him a picture of Maggie. We didn’t even have her name at the time. He sent out his people and asked them to scour an area that’s 50,600km-square to find this little girl. They eventually tracked her down and she was brought to the chief, who sent her to Lusaka. I auditioned her with three other kids, and I couldn’t keep my eyes off her. She was incredible.”

When it came to directing young Mulubwa in a role that explores some dark, mature ideas of vulnerability and exploration, Nyoni explains that she took her usual approach of tapping into the actors own personalities. 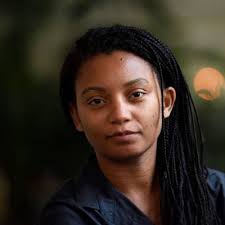 “My approach to actors, especially non-professional ones, is to give them freedom to make their own choices,” she says. “Improvisation is great to get natural performances, but it can be shapeless, meandering and unfocused. So I work a lot with the actors to explain the scene and get an idea of how they would react, and try to refine those choices to shape the scene and character, and make everything more deliberate. I think by empowering actors you can get a better performance that what you’ve written on the page. I do this with everyone, including Maggie.”

FILMMAKING IN THE #METOO AGE

With the debate around gender equality, diversity and the treatment of women in the industry growing in intensity, it’s perhaps easy to feel hopeful about the future of female voice in cinema. Nyoni, who is currently writing and searching for her next project, suggests that a cautiously optimistic approach could bear the most fruit. 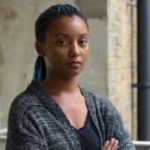 “The #MeToo movement is encouraging, but this is not the first time we’ve had this discussion about equality and diversity,” she notes. “We have brought up the question of inequality in our industry every decade since the 1970s, and we didn’t seem to make much headway – which is depressing. It all remains to be seen. More can always be done to redress imbalances. It’s good that we can talk openly and hopefully it will have a long term impact this time. My other fear is that the white/male/bourgeois privilege that has so prevailed with white/female/bourgeois privilege. Let’s see.”

With her vibrant, uncompromising debut feature, Rungano Nyoni has proven herself to be a filmmaker of tremendous insight and skill. Combining the traditional with a decidedly modern outlook, she is a fresh, important and unique new female voice in cinema. I Am Not a Witch is Britain’s submission for the 2019 Academy Awards for Best Foreign Film. 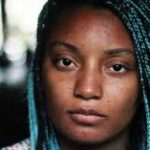 We wish Rungano Nyoni success in thet race for gold. And, we can’t wait to see what she does next. — Nikki Baughan