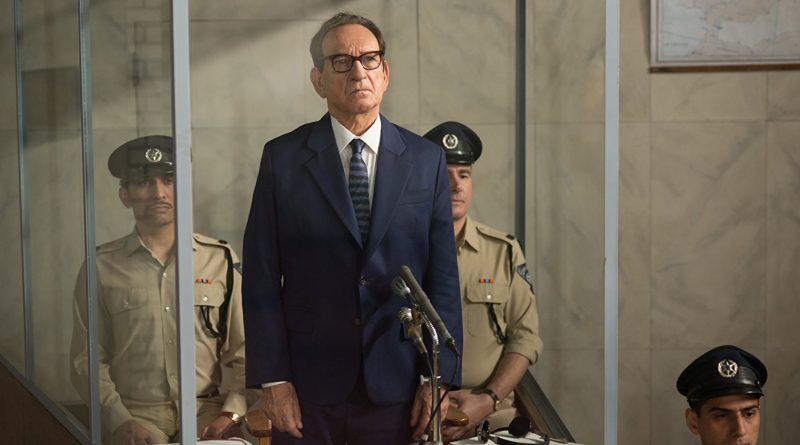 Operation Finale captures evil-doers. In this sincere study of the capture of Adolf Eichmann, the Nazi mastermind in World War II, stares in fascination at a murmuration of starlings as the birds in the air constantly change their grouping, creating one force out of many, e pluribus unum. Eichmann focuses on the choreography, unaware it symbolizes his end.

After World War II, some high-ranking Nazis escaped capture by killing themselves, but Eichmann escaped to Buenos Aires. Eichmann, one of the designers of the Final Solution by which Nazis killed 6 million Jews and assorted gypsies and homosexuals, hid in Argentina under an assumed name. He worked as a manager, taking the same buses to the factory every day in Germanic precision.

In 1960, he is still wanted for crimes against humanity. Israeli forces are determined to bring Eichmann to justice — in Israel. “Operation Finale” is a slow, well-meaning look at the story of that apprehension. Secret agents working with Mossad have a plan, and each of those Jewish agents holds an agenda of revenge.

Director Chris Weitz, known for About a Boy, concentrates on Peter Malkin with distractions to the other agents. Malkin — sarcastic, stubborn, egotistic, and effective — exploits the psychology of ego on Eichmann, charming the charmer.

Matthew Orton’s script leaves out signal parts of the plot (like how some of the agents got back to israel for the trial), but, overall, it manages to tell a complex story with steadiness if not always rising excitement (this ain’t “Argo”). “Operation Finale” moves deliberately and darkly. It’s ideal for remembrance and consideration in these newly Fascistic, Nazi-fied days.