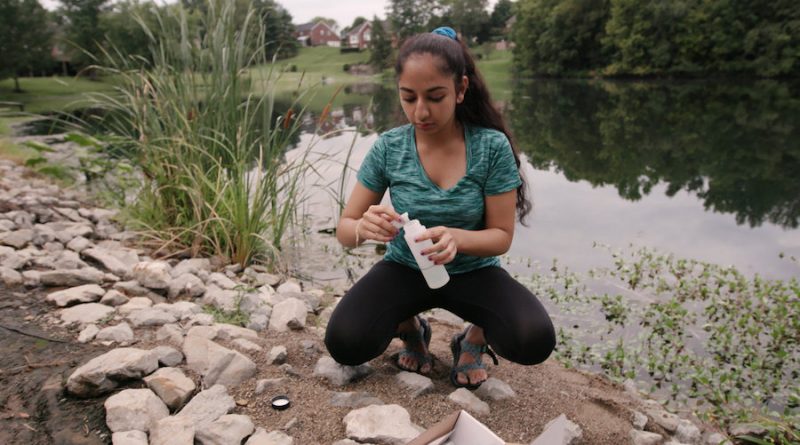 Science Fair studies young scientists in competition. As one who never had the intellectual mettle or the mentors for a science project, I approached Science Fair, a National Geographic documentary, with traumatic stress. I came away from its lessons in tears, impressed with all those teenagers from all those countries, placing in the world of science.

Science Fair, written and directed by Christina Costantini and Darren Foster, won the 2018 Sundance Festival Favorite Aware — and for good reason. The doc begins with the win by a darling young man named Jack, who reminisces about being only a freshman when he won thousands of dollars as Best in Fair at the International Science and Engineering Fair in Los Angeles. The film follows a cadre of students vying for that prize last year. A trio of dudes from Louisville; Robbie from West Virginia who’s studying machine learning; Kashfia, a Muslim girl in South Dakota, who had to ask the football coach to mentor her; a Brazilian girl studying the Zika virus; a German boy, Ivo, engineering a flying wing with his dad; and Anjali, who says, “When I lose, it keeps me grounded.”

The film also looks at the supportive or bewildered parents and at the dedicated teachers. Chief among them, Dr. Serena McCalla, a loving taskmistress in Jericho, N.Y., took nine students to the fair. The film also considers past winners, like the woman who was the first girl to win Best in Show not so long ago.

Science Fair moves swiftly among the students as they prepare and present. They have to be articulate, not just about science but about themselves, so watching them grow is a treat. Science Fair is a documentary that produces smiles and sighs and requires tissues.