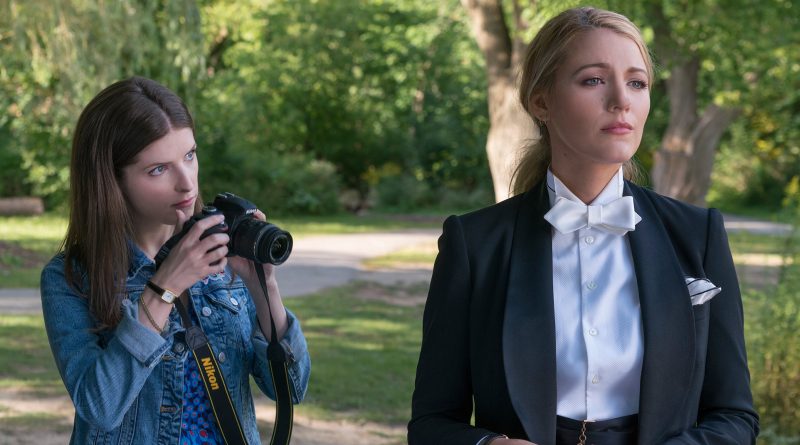 Whether you’re juggling work and motherhood or trying to do it all as a stay-at-home mom, the pressures of parenting sometimes bring out the worst in even the best of mamas.

As antidotes go, laughter can be effective medicine, but for those motherhood moments that call for a stronger remedy, director Paul Feig’s (“Bridesmaids”) tawdry, thrilling and often uproarious suburban mystery “A Simple Favor” just might be the perfect prescription.

Anna Kendrick stars as Stephanie, an overachieving mommy blogger raising her young son alone following her husband’s death in a car crash. A buttoned-down perfectionist whose elaborate volunteer efforts make her the object of ridicule at her son’s school, she seems like the last person in the world who would become friends with Emily (Blake Lively), the glamorous, high-powered publicist who is far too busy conquering the fashion world to attend PTA meetings.

But the two women’s sons become best buddies, and an impromptu play date spiked with elegant, high-octane martinis leads to the beginnings of an unlikely friendship. Stephanie can’t help but admire Emily’s gorgeous house, handsome husband (Henry Golding) and especially her no-filter penchant for saying and doing exactly as she pleases. Emily’s tongue is as sharp as a dagger, as blunt as an anvil and fully loaded with f-bombs, but her straightforwardness is a welcome contrast to the snarky backbiting of the other parents at the school (primarily played by Andrew Rannells, Kelly McCormack and Aparna Nancherla).

For her part, the enigmatic Emily seems intrigued and amused by Stephanie’s goody-goody awkwardness, and when she isn’t trying to needle her fellow mom into loosening up on the virtuous Martha Stewart mommy routine, the executive is confiding in her unexpected pal about her financial and marital troubles.

When Stephanie does her new BFF the simple favor of picking up Emily’s son from school, the seemingly mild-mannered mom finds herself in the middle of a mystery when Emily vanishes. Never one to turn down a project, Stephanie starts doing her own sleuthing, even crowd-sourcing the case with the help of her video blog’s followers.