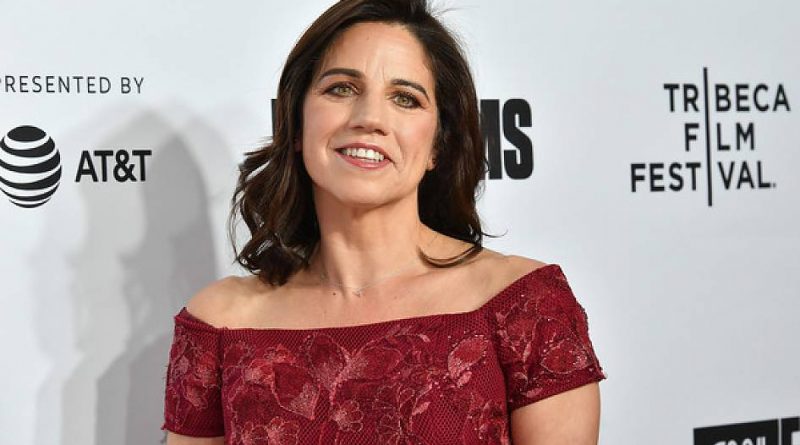 Gilda Radner was one of the original Not Ready for Prime Time Players on the first season of Saturday Night Live. She was an immediate favorite with the audience because of the hilarious and yet poignant characters she created and because her own character shone through. Love Gilda is an intimate new documentary about her too-brief life, featuring recollections from those who loved her and her own voice, recorded for the memoir published after her death from cancer at age 44.

In an interview, director Lisa D’Apolito talked about getting to know Radner through her diaries and recordings and about her influence on some of today’s brightest talents.

NELL MINOW: It seems like you had a real treasure trove of archival material and people who wanted to talk about Gilda Radner. How did you put it all together?

LISA D’APOLITO: I started with her friends and family and little by little I was able to interview people who knew her early on like Martin Short and Lorne Michaels and people in her inner circle. Everybody just loved Gilda and missed her and it was very emotional for everybody.

Eventually I was able to get what my team always calls the modern day comedians, the people inspired by Gilda. I was expecting, “I used to watch Gilda as a kid.” But I met Amy Poehler, who was my first interview, and I really saw how Gilda was one of the reasons she became a comedian. It really started to show where Gilda is in the world of entertainment. It was nothing I ever imagined how powerful it would be, seeing everybody react to her journals and her personal material. 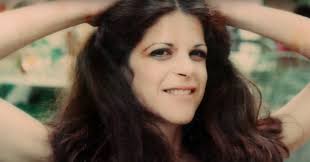 MINOW: What do you think the effect was on her of losing the father that she was so close to? How did that have an impact on who she became?

D’APOLITO: I think everything in both a negative and a positive way. Her father was a really charismatic person. She would dance and sing for him in the early home movies he made. She loved him and she was very, very close to him. He got sick when she was 12 and was never the same and he died when she was 14. I think she always looking for her father after that. She was looking for that unconditional love.

MINOW: Did she get that from audiences?

D’APOLITO: Yes, her whole thing is looking to love other people and be loved. She loved the audience so much and you could see it in her performances, just the joy of her being onstage. She also loved the camaraderie with other performers. She really cared about her audience. She signed all her autographs herself and she wrote people back letters who wrote her so it was really important to her.

MINOW: It’s very unusual in a documentary to have access to the kind of audio diary that you were able to use and it gives the movie such an intimate quality. What was it like to listen to those tapes?

D’APOLITO: Gilda’s brother gave me access to her boxes that had been in storage since Gilda passed away and on one of the trips I found 32 hours of audiotapes that Gilda recorded in order to write her book. Once I heard Gilda talking I just wanted to tell the story from that point of view. But all the tapes were damaged, some of them extremely damaged. Most of them were not usable so I went on a mission to find supplemental interviews. She did radio interviews. And also just like you’re recording me, we reached out to some journalists and said, “Hey you interviewed Gilda 40 years ago. Do you have the tapes?” We were able to get some tapes that are pretty amazing. There were hours and hours and hours of wonderful stuff that we didn’t use but that was really the goal was to have Gilda tell her story as much as she could.

MINOW: Were you able to talk to her husband, Gene Wilder?

D’APOLITO: I spent a day with Gene about a year before he died, which was amazing. He was very sick but he was able to tell me stories of him and Gilda and he was just a wonderful, gentle, funny, handsome man, so it really put into perspective why Gilda loved him so much. That was probably the best day of the whole process, even though there was no way I could have filmed him or even recorded him because he was ill. Just spending the day with him was just such an amazing part of the film and it was at his home that he lived in with Gilda so I was able to be there where she was. And at the end of the day Gene and I just sat in the garden and didn’t say anything for half an hour. We just sat there being happy; it was such an amazing moment, amazing day. 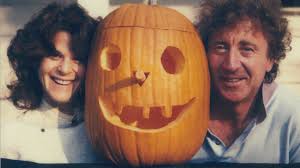 MINOW: Did she find happiness with him?

D’APOLITO: She loved him so much. I think every relationship is complicated but I think he was everything that she was looking for. But as he told me he couldn’t live with her and he couldn’t live without her. I think they were very different but I think she really loved him. On all those audiotapes all she talked about was “my husband Gene” and she just really, really adored him.

MINOW: Do you have a favorite of the characters she created?

D’APOLITO: I like Judy Miller. I like her child characters a lot. And I also really love when she’s herself talking to the audience. I love when she’s just Gilda. I like Candy Slice, too, because I think it’s such a reach, she’s so out there. I just love all the characters because I’ve just fallen in love with anything Gilda.

MINOW: What led you to start making a movie about her?

D’APOLITO: I knew who Gilda was and I knew her characters because I used to be an actress but I wouldn’t say I was a fan. I started making videos for Gilda’s Club, the cancer support organization, in New York City about seven years ago. You walk in there and there are just pictures of Gilda all over the place. I would interview the members and they had all read Gilda’s book, It’s Always Something and they would talk about Gilda as if she was a friend and really parallel their lives with Gilda. She’s somebody that people reach for when they’re going through really dark times at Gilda’s Club and I just thought she had an amazing legacy.

MINOW: It’s hard to watch some of her SNL days because you can see how thin she is. What do you think has changed since then?

D’APOLITO: I think there are two Gildas; I think there’s the Gilda who is the performer who felt totally she was equal to any man, she was equal to John Belushi. She never felt disadvantaged being a woman as a performer but on her personal life — that was one of the surprising things that I learned in the film when I had access to her diary. In 1978 she was hospitalized for her eating disorder. 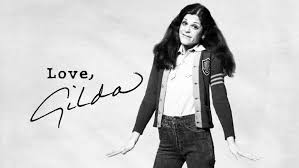 MINOW: What do you want people to learn from this movie?

D’APOLITO: One of my goals for the film is to really introduce Gilda to a generation who didn’t watch her on television. I think she’s really iconic. She went for it and she acted with dignity and I think she’s really inspiring. And then on a personal side she could always find humor in the darkest of times. Even in her journals when she’s totally having an awful day and everything sounds like the world is closing in on her, she still could find the humor in everything. I would love to do it, too, to find the silver lining in even the darkest of time.