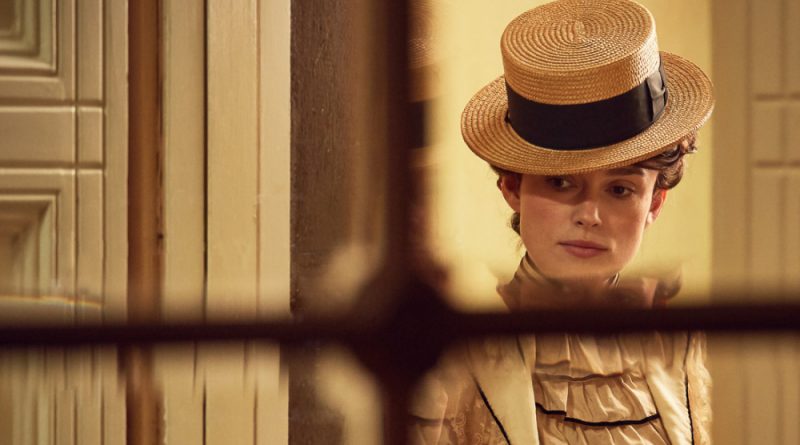 There is little doubt that the life of Sidonie-Gabrielle Colette merits a biography in film. She did, after all, lead a rich life with sex and words, men and women, books and stories. There is also little doubt that Wash Westmoreland has directed a film with lush production values.

However, for all the period precision in the film, Colette is off kilter. For one thing, dialogue and voice-overs are “veddy” British, yet Colette writes in French on screen.

Colette was born in 1873 and lived until 1954. She wrote Gigi, the book she’s famous for, in 1944. Westmoreland’s film concentrates, though, on her early years. Colette married the libertine known by his pen name, Willy. Colette was a country girl with long plaits; Willy was a Parisian, a gambler. He slave-drove a stable of writers, who published a raft of books under Willy’s nom-de-plume. He needed money always, so to add to his coffers, he convinced Colette to tell the stories of her girlhood as a character named Claudine. And by “convinced,” I mean, he locked her away and forced her to write at least four hours a day.

Denise Gough portrays Missy with sympathy for the transvestite, and Keira Knightley does the best she can with Colette, given that Knightley has been a featherweight actress in her films except for The Imitation Game. Fiona Shaw takes the role of Colette’s influential mother, Sido, but her scenes are too few. The role of Willy is either weakly cast with Dominic West from “The Affair” or poorly written by a trio, topped by Westmoreland’s late partner, Richard Glatzer. Although Willy does appear disgusting on the surface, his character flaws should have been more evident as coming from his very soul.

The film Colette may well serve as an introduction to the works of that estimable French author, as a historical entry in the #Me, Too, movement, or as the perfect pairing with The Wife.