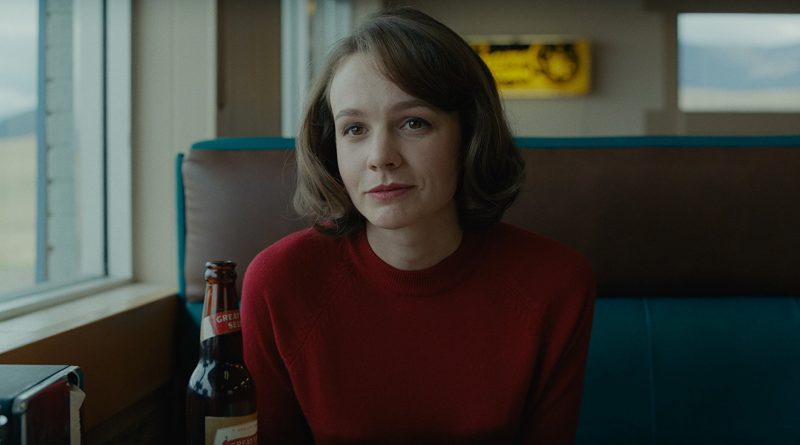 Carey Mulligan is early 1960s Montana housewife Jeanette, a woman for whom Betty Friedan no doubt meant The Feminine Mystique. Long the supportive spouse of ne’er-do-well husband Jerry (Jake Gyllenhaal), something snaps after he relocates the family yet again for another quickly lost job and then leaves to fight a forest fire. Actor Paul Dano’s engrossing directorial debut, co-written with his partner Zoe Kazan, is an adaptation of a Richard Ford novel and a marvelous distillation of one woman’s rocky path toward self-realization. Seen through the eyes of her 14-year-old son Joe (Ed Oxenbould), Jeanette’s behavior is extreme with little regard for her child or her husband’s feelings or for the mores of the era. But it is also instinctual: The 1960s were a time of radical change; Jeanette is simply ahead of the curve. Gyllenhaal and Oxenbould deliver fine performances, but Wildlife is the Carey Mulligan show. Her old friend Dano has given her a present, which she graciously gifts him back with one of the towering performances of her career.