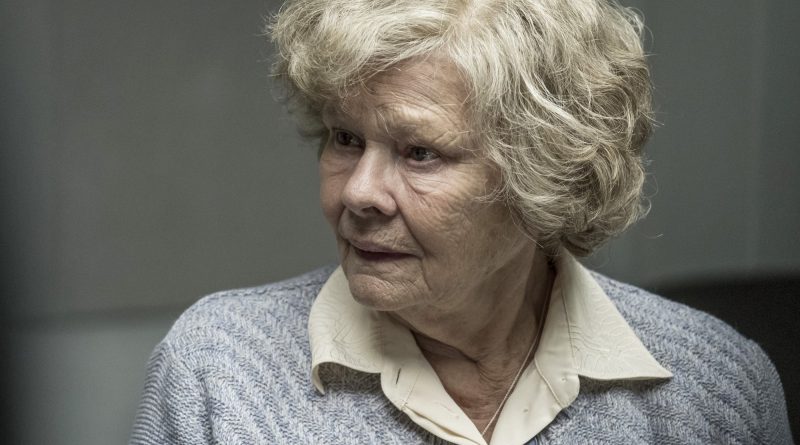 Overheard in the ladies’ washroom during TIFF, “I think it’s supposed to be like Red Sparrow, but it stars Judi Dench.” If only … Adapted from Jennie Rooney’s novel that was inspired by the case of Melita Norwood, an agent for the Soviets whose activities the British authorities only discovered years after the fact, when she was already 80, the 83-year-old Dench, indeed, plays the “granny spy.” But there are no Jennifer Lawrence-like action moves in this story that jumps between elderly Joan Stanley’s arrest and her activities decades earlier. A physics student at Cambridge who later goes to work for the government’s World War II era atomic project young Joan (Sophie Cookson), has her head turned by the radical politics of the day and by Leo (Tom Hughes), an Eastern European Stalinist with his own agenda. As Joan’s idealism and reality begin to clash, she’s increasingly left in tears. Cookson virtually drowns in them and so does the film. Lacking the tension it might have had had the story been presented as a thriller, Red Joan instead wallows in melodrama. What could have been the crackling story of a spy so good she got away with it for decades dissipates into weak soap opera. Dench plays her part brilliantly, as usual, but to what end?